The meaning behind those beautiful rainbow babies. 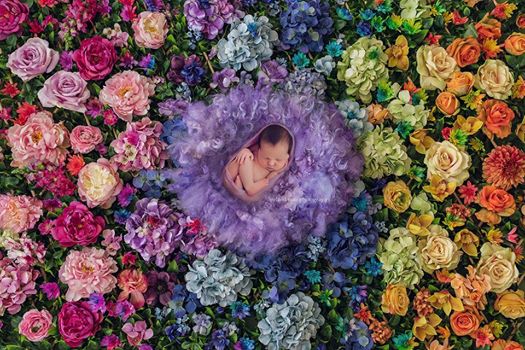 Meet Julianna Maxine. She is about a month old and she is perfect.

You can call her the rainbow – after the storm.

Liz Adolf and James Neswadi are, of course, head-over-heels in love with their sweet baby. But, truth be told, it has been a long, emotional, and heartbreaking road and they weren’t sure they’d get their miracle.

In March of 2016, Liz suffered a Cornual Ectopic Pregancy.  These occur in 2-4% of all ectopic pregnancies and are very dangerous to the mom; so dangerous there is a high rate of death.

Liz’s ectopic pregnancy ruptured – she lost her baby and nearly her life. It was an incredibly sad time, “My husband was equally as devastated. When he first found out I was pregnant he was the most excited I had ever seen him. My best friend said as they waited for me to get out of surgery he just looked lost.”

And for a while they both felt lost. And heart sick. And they wondered if they’d ever have a baby. Luckily, doctors were able to save Liz’s uterus so at least they had a chance.

A few months later, Liz was once again pregnant. 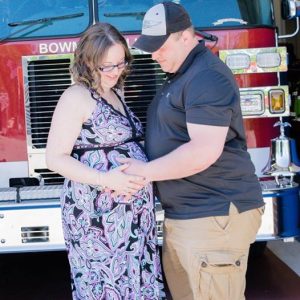 She was nervous during the entire pregnancy. 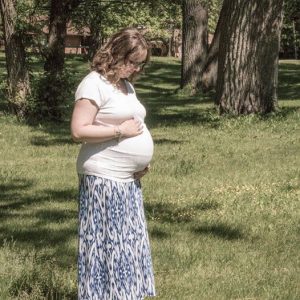 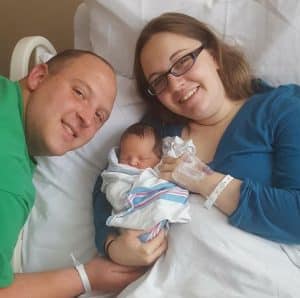 Liz knew she wanted to capture her sweet baby in newborn pictures and she knew just what she wanted, “I think it was so important for me that we did a rainbow picture because Julianna is such a miracle. And in the bible the rainbow is a promise of hope and that hope was what kept me going after my ectopic. Also, I’ll always look at that picture and know we have another baby in heaven waiting for us.”

So there you go – a rainbow after the storm. For Liz and James – that storm left them heartbroken – and while they will always think of the baby they lost – they now have sweet baby Julianna – a gift – much like a rainbow. 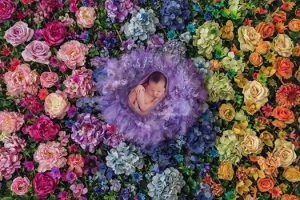 Thank you to Liz and James for sharing their story with us.

By the way, this beautiful picture was taken by Ireland Mae Photography