Domestic Violence Month; A story of love, loss and a sister’s never-ending fight. 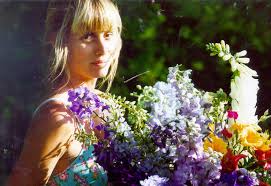 ​Sometimes, we are called to take on a role that we never wanted, never asked for, and never dreamed we would do. That was surely the case for Debra Jaeger. Debra is a long-time volunteer with The Family Justice Center.

It has been a very long road for Debra, whose sister was killed at the hands of her own husband. For Debra and her family, working to end Domestic Violence has become a mission, and they’ve made incredible strides with a law in Jill’s name. 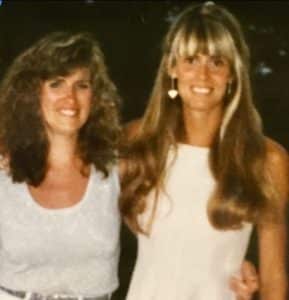 Jill (Russell) Cahill was a mom who dedicated her life to her young children. She was a landscape artist. A sister. A daughter. And a victim of domestic violence. Abused at the hands of her husband, Jeff Cahill.  It was a torturous time for the City of Tonawanda native living the Skaneateles area. Once Jill found strength to leave her abusive husband, things turned even more violent.

In April of 1998 – Jeff Cahill beat his wife, Jill with a baseball bat. It was a terrible beating, but Jill, so strong, survived. She was slowly recovering in the hospital.

Then, tragically, six months later, while out on bail, armed with a bottle of cyanide, Cahill managed to sneak into the hospital where Jill was recovering – and kill her.  He posed as a janitor, went into her room, and ended her life. (Cahill was sentenced to 25 years to life for second-degree murder and 12 to 25 years for first degree assault in the murder of his wife Jill Cahill in October 1998. He will be eligible for parole in 2036)

Jill Cahill‘s sister Debra Jaeger was outraged, as you can imagine, that Jeff had been able to make bail and get released which allowed him to plot and have access to the poison he used to eventually kill Jill.

Debra turned that outrage into change.  For years, she’s been vocal about the injustices of a justice system that set a man, who clearly wanted his wife dead, free. While his rights were being exercised, her sister’s right to life was trampled on.  She fought and in 2004 introduced Jilly’s Law; a law that would allow judges the ability to deny bail based on criteria other than the perpetrator fleeing and not showing up for trail. Provisions of Jilly’s Law were finally incorporated in the Comprehensive Domestic Violence Law passed in 2012. 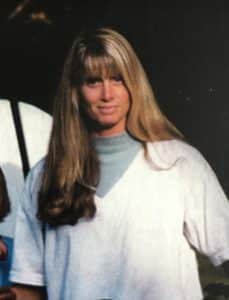 Debra continues to fight to end Domestic Violence. I caught up with her to talk about her mission and how we can all help.

Debra: We were the classic example of a family that thought “this would never happen to us”, but it did. DV touches so many people and families and it doesn’t matter what your your ethnic or economic background is. The statistics are staggering. I consider it the root of all evil. Awareness of the issue and the services that are available can be lifesaving to victims of DV. If by sharing Jill’s story and the impact of her assault and death on our family, friends, etc. provides others with the tools to get out of a potentially lethal relationship there’s no greater reward in my mind.

Debra:  I want them to know that the FJC is a place you can go to receive all the services you need to get out from under the power and control of your abuser. We’ll take you into one of our private living rooms and bring any of the services you need to you. Where you won’t be judged, where you can get a safety plan, legal services, shelter, an order of protection – anything you and your children need to get away from the abuse. I want our clients to know that what is happening to them is not their fault, they don’t deserve what is happening to them. A place where you can regain your self esteem. Where you hold your abuse accountable by filing charges against them. Where were can body map your injuries in the only forensic medical unit in New York State. We are so blessed to have the FJC in our area, they are changing and saving lives.

Debra: That what happen to Jill should not define who she was. She was a beautiful person inside and out. She was so creative and brought much beauty to our world through her art and perennial gardens. She was the life of the party and always made you feel special when you were with her. I miss the fun we always had when we were together. It’s difficult now to go to a Hallmark store and see all the “sister” cards. Most of all I want them to remember that she was a great sister, daughter, friend and mother who loved her children more than anything on this earth. 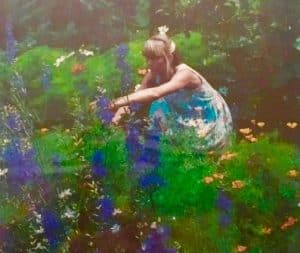 IT TAKES A VILLAGE TO MAKE A DIFFERENCE

Debra: Education and awareness are the keys to fighting DV. The best defense would be to invite the FJC to speak at your church, schools, professional organizations, businesses, etc. I was in Human Resources for 42 years, before my involvement in the FJC I’d have people come to my office who needed help and all I had was an 800 number to give them. I was fortunate to work for a company that supported my involvement with the FJC both financially and by donating my time as a volunteer. A couple of years ago we invited Mary Travers Murphy, Executive Director of the FJC to speak at one of our quarterly safety meetings because we felt that DV is a public safety issue that everyone should be aware of. We need to get into schools, as early as grade school. We have programs that specifically address teen dating violence which, thanks to social media, is almost at epidemic levels so speaking at the middle and high school levels is so important.

For more information and to learn how you can help with the Family Justice Center wish list click HERE.

Alarming statistics indicate that, as you read this short sentence, a woman has become the victim of assault. According to the Partnership Against Domestic Violence, every 9 seconds, another woman in the U.S. is beaten.

It’s a sobering reality for one in four women in the U.S. will experience domestic violence in their lifetime, most frequently by someone they know. Female victims most commonly first experience domestic violence between the ages of 18-24 (38.6%), followed by age 11-17 (22.4%), age 35-44 (6.8%) and age 45+ (2.5%). Almost one out of five or 16.3% of murder victims in the U.S. were killed by an intimate partner; women account for two out of three murder victims killed by an intimate partner.