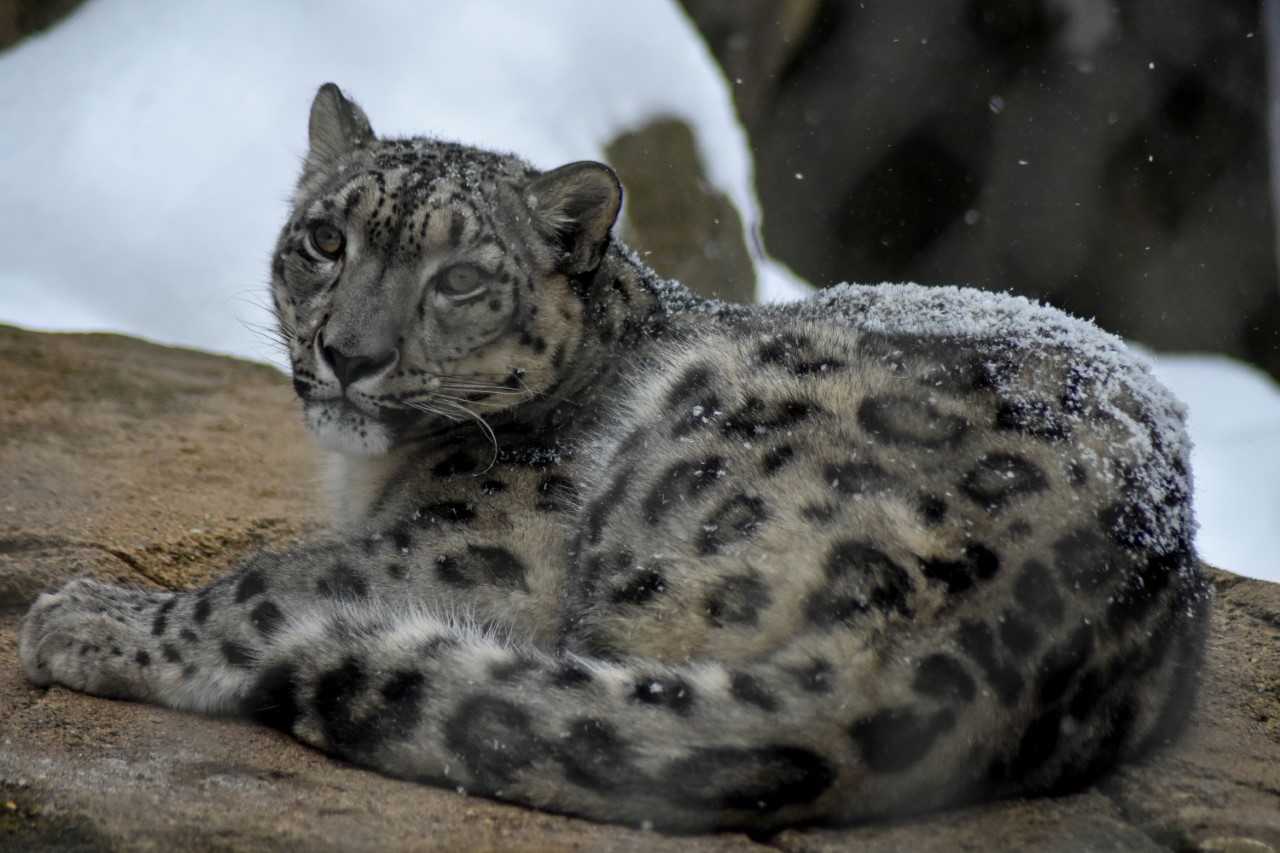 With the new year off to a fast and cold start, what better time to announce the arrival of an animal that is right at home in these frigid January temperatures. The Buffalo Zoo’s newest big cat, a male snow leopard, is adjusting well to his new habitat at the Zoo.

Altai, a one-year-old male snow leopard, comes to the Buffalo Zoo from the Akron Zoo where he was one of three born on March 5, 2016. Named after the Altai Republic and Altai Mountain Range, he arrived in Buffalo in early October. After successful clearance of health quarantine, he began his introductions to his new habitat. He will share his habitat with the Zoo’s two-year-old female snow leopard, Sabrina.

Snow leopards are found in the mountains of Central Asia, parts of Siberia and the Himalayan Mountains, usually above 8,000 feet. The snow leopard has a very soft and heavily-spotted coat that is typically gray or yellowish gray marked with large, dark, mostly-open gray rosettes. This coloration makes them almost invisible on the rocky slopes of their native habitat. With these thick coats, heavy fur-lined tails and paws covered with fur, snow leopards are perfectly adapted to the cold and dry habitats in which they live.

For more on the Buffalo’s hours and prices, check out their website, Buffalozoo.org.