What makes Buffalo so special and why your team is my team, too! 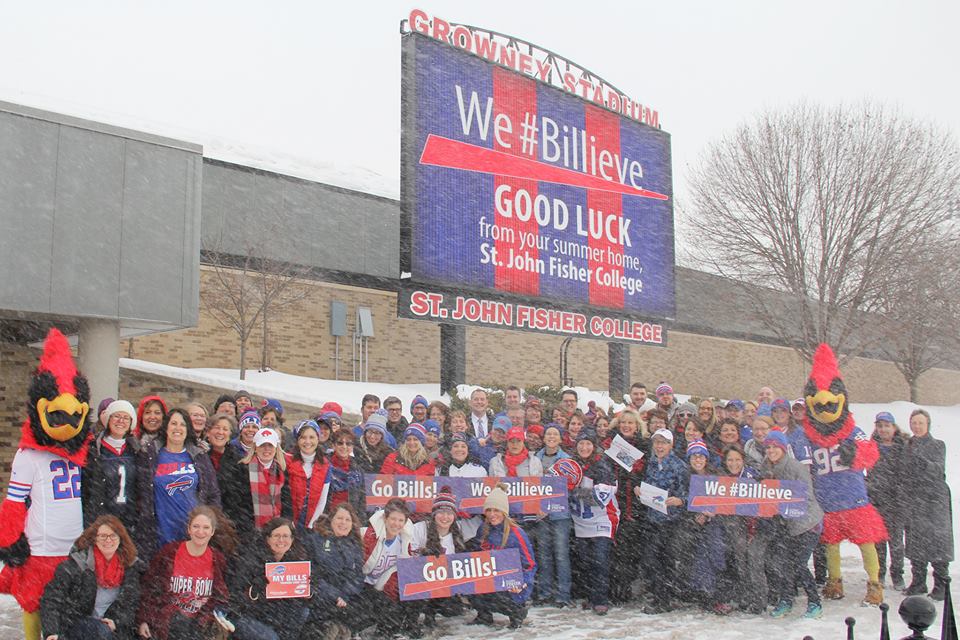 I didn’t grow up in Buffalo. I grew up down the thruway in Syracuse, so I understand the snow rivalry (Syracuse usually did win most snowfall during my childhood, despite Buffalo’s rep for being the world’s biggest snow globe).

Syracuse thrives on college sports, while Buffalo thrives on professional sports. I grew up a fierce Syracuse basketball fan, going so far as to secure the #4 jersey in the Liverpool Youth Soccer League and in modified basketball in honor of Rony Seikaly, my then favorite Syracuse forward.

My dad was a hockey fan, so whenever there were professional sporting events on TV, they typically involved the New York Rangers and on occasion, the Buffalo Sabres. But, I had friends who were staunch Buffalo Bills fans, and names like Jim Kelly, Thurman Thomas, and Doug Flutie were familiar to me.

Having attended St. Bonaventure University, I had many friends who hailed from Buffalo and I spent a lot of time visiting their families on sporadic weekend trips. Those were some of my most treasured friends, they had something special.

Fast forward to 2002, when I landed in Buffalo for a job at a public relations and advertising agency. I never thought that I’d become a Buffalonian in this mysterious place that seemed so far when I was growing up.

And become a Buffalonian, I did.

Buffalo is a special place. I felt welcomed instantly, living above an 84-year-old woman in a tiny apartment in Kenmore and working downtown right next to Niagara Square. My colleagues and college friends were quick to help me assimilate to my new home. They taught me the ins and outs, showed me the best places to eat (are there any bad places to eat in Buffalo?), and they introduced me to the many gems that make Buffalo what it is. Despite being one of the coldest places on record in this country, it is also the warmest.

Part of my initiation included a no-holds-barred approach to becoming a fan of the Buffalo Bills and the Buffalo Sabres. There were no options. It was a requirement for having a Buffalo area zip code. And it wasn’t a hard habit to form.

I’ve been to both Bills and Sabres games, and they were experiences unto themselves. Electric, loving, fanatic, and loyal. Every. Single. Time.

I lived in Buffalo mid-drought, so when each season ended before post-season, the sting was not as hurtful to me. I found myself (and continue to find myself) becoming defensive from my living room every time ESPN showed Niagara Falls during a home game (which is nowhere near New Era Field in Orchard Park), and broadcasting a big bowl of chicken wings as if they are the only thing in Buffalo’s food group. The cliché and expected shots telling only half of Buffalo’s story.

This week, media has chosen to show the tears from grown men, the reaction from 17-year-olds who were newborns the last time the Bills made the playoffs, and the videos from groups of hard-working and loyal Buffalonians hugging and screaming for this team – which is the real story of Buffalo and has made me long for my time in this magnificent place.

Today, from my home in Rochester, I will cheer on the Bills as if I’m still a resident. Buffalo will always have a special place in my heart, thanks to the eight years I spent as part of the community. Bills fans deserve today, no matter what happens, as they, too, have circled the wagons right alongside their beloved team.

So from me to my fellow Buffalonians, let’s do this, and spread the Buffalove!

Latest posts by totallyadmin (see all)