This Buffalonian won the Super Bowl and now – he’s visiting sick kids – even giving one his game ball. 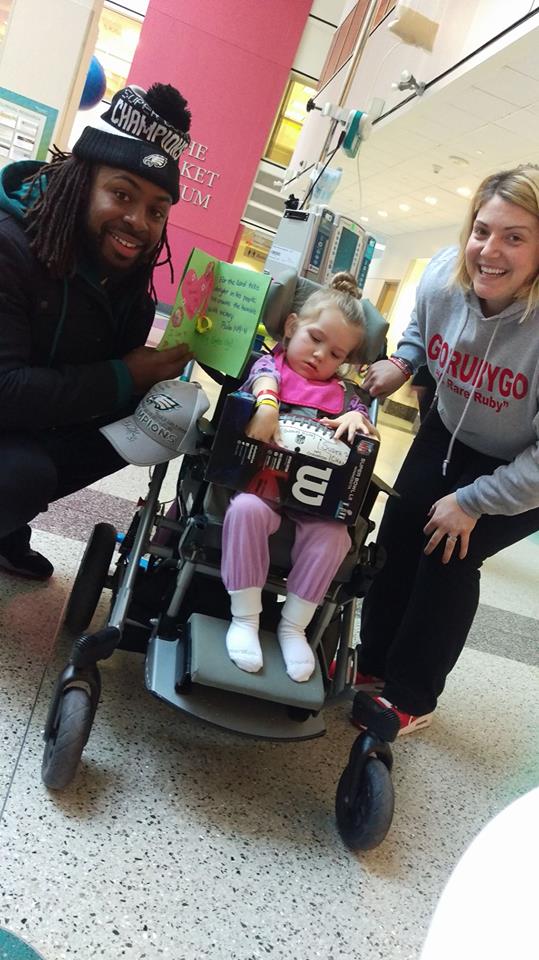 Oh – how great is this. You know you’re from Buffalo when….

You care about the community and always give back.

Steven Means grew up in Buffalo, went to UB, dedicated his Super Bowl victory to the folks here in Buffalo – and now – we can be proud of this remarkable athlete and human – once again!

Means spent time recently visiting some special kids at Children’s Hospital of Philadelphia. He took a special liking to a sweet little girl named, Ruby. Her mother told a local newspaper that the visit from the Super Bowl champion made the pain subside, if only for a short amount of time. 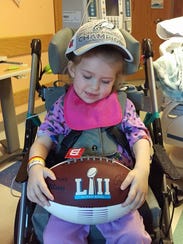 This is not the first time the two have met. Means met Ruby and her family in December at an event for children with disabilities. They kept in touch – and get this – when he found out Ruby was at Children’s Hospital of Philadelphia, he decided to pay her a visit.
He brought along two special gifts. The first was a signed conference champions hat that said, “Ruby! I thought this hat was fitting for a champ like you!”

And the second was a Super Bowl LII football on which he had written, “Ruby!! My own only Super Bowl team-issued ball and I want you to have it! You’re awesome and sweet and amazing. Keep fighting! You’re strong.”

Ruby, who is a battling a rare brain disease, loved her gifts and her visitor.

Steven Means is a winner – a true champ – on and off the field… spreading that Buffalove all around Philly, too.

Superbowl champ from Queen City dedicates win to his hometown!