By: Scott Celani
In: Opinion 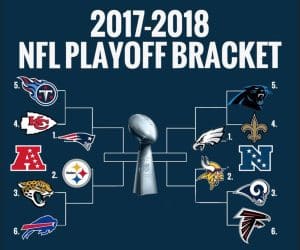 It happened.  It actually happened.  The longest playoff drought in North American sports is finally over.  The Buffalo Bills are in the playoffs.  Ending what has seemed like a curse is a great thing for this team, this franchise, the WNY community and Bills fans worldwide.  It’s also a great thing for my mental health.  I always knew that by ending this cycle of epic ineptitude, the Bills would make me happy (at least for the time being). But I didn’t realize how genuinely therapeutic it would be.

That said, let me lay on the couch and stare at the ceiling as I write this.  The truth is, I have been angry.  I have been so angry at everything associated with The Bills for many years, probably since about 2 minutes after the ‘Music City Miracle’ when the refs held up the call.  Yes, I’ve been pissed off for over 17 years.  It’s not healthy.  I’ve been mad at the team, mad at the franchise, mad at the league, mad at the endless parade of head coaches that came through One Bills Drive, mad at Ralph Wilson, mad at Terry Pegula, mad at Russ Brandon – heck, I may have been mad at the ticket-takers at the stadium at one point.

The Bills drove me crazy.  Every time I thought that they had invented every possible way of breaking our hearts, they’d invent a new one.  They were so creative that way, downright prolific.  I won’t list their catalog of failure here.  It’s long and painful, and we all know it by heart anyway.  And more importantly, it doesn’t matter anymore!  They finally got back in the playoffs!

I feel so much healthier now.  I had become a jaded, cynical fan.  I not only prepared for the worst, I counted on it.  And the Bills always managed to deliver the worst.  But finally, The Bills have proven me wrong.  A load has been lifted.  Now, I can enjoy being a fan again.  That’s how it supposed to be, right?  Following sports is supposed to be a leisure-time activity, correct?    I didn’t feel that way for about 17 years.  So thank you, Bills.  I’m not mad at you anymore.

And thanks for reading.

Brian Moorman grateful to WNYers for matching $17 donations to P.U.N.T Foundation – and he’s pretty excited for the Bills, too.

Scott Celani
Managing Editor at Totally Buffalo
Born and raised in Buffalo, Scott is a husband (of the Editor-in-Chief) and father of 4 beautiful daughters.He is also a full-time musician, HR Director and a graduate of Georgetown University.
Latest posts by Scott Celani (see all)
2018-01-04
Previous Post: Ohhh… we like this. The Bills call out the Jaguars for some fake news! Let the smack talk begin!
Next Post: Buffalo Police warn public of someone attempting to impersonate a police officer