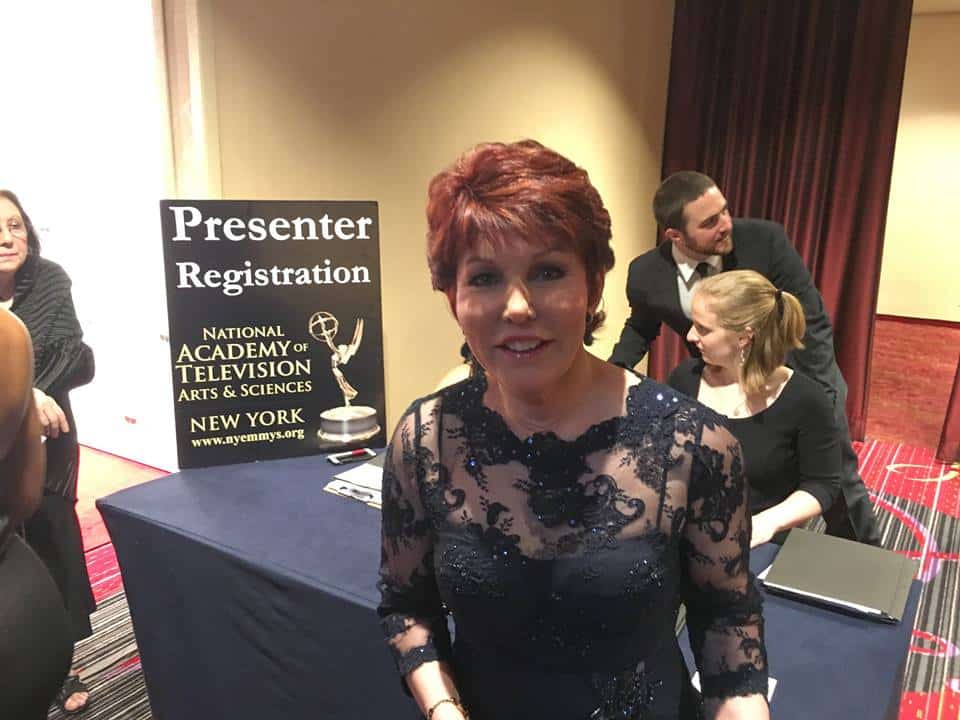 Jacquie Walker is an award-winning anchor & reporter who has been inducted into the Buffalo Broadcasters’ Hall of Fame. She is the longest-tenured female anchor in Buffalo broadcast history. She anchors News 4 at 5, 6 and 11. She’s been a fixture on our televisions for three decades and has helped countless charities along the way.  I’ve watched and learned from her over the years because she is a true inspiration and incredibly talented.

And that is all AMAZING.

But, just so you know – Jacquie is also very sweet, very funny and very real. I asked her about her secret to longevity,  her devotion to her family and of course, what makes her Totally Buffalo.

Q: You’ve been on the air for a long time, what do you attribute your longevity to?

A:  Luck, timing, a passion for news, decades of hard work, the world’s most understanding husband, and a really thick skin!

Q: I know how important family is to you, tell us a bit about your family.

A:  My husband is my rock. We met because of my job (there’s an interesting story behind that!) so he knew a bit about what he was getting into before we married — although neither of us could have predicted how much my job would affect our lives over the last 31+ years.
Our eldest son is an attorney with a law firm in Washington, D.C. Our youngest has a Master’s degree in school psychology and works in the Stern School of Business at NYU. He married the most wonderful young woman last fall — so our family has grown in a delightful way!

Q:  It always amazes me how smooth you are, you never mess up, never stumble, how is that possible?

A:  Not possible — but thank you for saying that!

Q:  How have things changed in the business since you started?

A:  In a hundred ways — mostly related to technology and speed. The foundation of good journalism remains the same, but all the bells and whistles around it have changed. When I entered the business in 1979 the film era was just ending and we were launching videotape. Now the videotape era is over and the digital age is progressing at lightning speed. Consequently, there is little time for thoughtful perspective in today’s reporting. I think that’s a great loss. Consider Facebook Live or 140 character bites of news on Twitter — where is the opportunity for a news department to offer viewers background, context, and meaningful examination of developing stories? In many cases speed and ‘see it now’ action are a plus, but in others I fear we abdicate our responsibilities as reporters to put things in perspective.

A:  There have been lots of little things that have happened along the way during our broadcasts: a studio light has exploded overhead, a bird was loose in the studio flying around as we read the news, a bee was dive-bombing us during the news, a robotic camera went haywire and began spinning wildly in the studio, a co-anchor was lighting his pipe next to me at the anchor desk as I read a story and the lighter flashed in some type of small explosion in his face — singeing his mustache!

But I think craziest for me was the night I was reporting live from the Shrine Circus many, many years ago. We calculated which circus act would be underway when it came time for us to go live during the news. My photographer, Don Yearke, taped down his tripod and my cables so we would have a perfect view of the “Ring of Death,” a motorcycle act overhead. Unfortunately, the “Ring of Death” came and went before they got to our segment in the news. We had neglected to ask which act followed the “Ring of Death.” I looked up to spot six of the biggest horses I had ever seen thundering toward me. Don’s camera was locked down and so were my cables. We couldn’t move. The horse trainer shouted — “You’ve got to get out of here, your lights will scare the horses — you could be killed!” At the same moment, I could hear Bob Koop in my ear saying: “Let’s go live now to Hamburg where Jacquie Walker is having fun at the circus tonight!” You’ve heard the phrase: “What doesn’t kill you , makes you stronger.” I was a very strong woman after that evening!

Q:  What’s it been like for you to see Buffalo’s great come-back?

A:  It’s been breathtaking because it has happened so fast after years and years of trying. My first major story when I moved here from Rochester was a long report on the demise of Bethlehem Steel. Think of how many disappointing events Western New York has endured since then and how many times we thought good things were happening, only to have our hopes dashed. This time, the renaissance is real and young people have a reason to stay and work in Buffalo. Hallelujah! 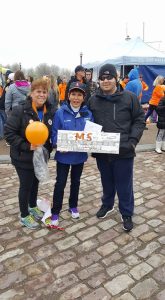 Q:  Every time I turn around, you’re doing something for charity. Why is it important for you to give back?

A:  I believe we are obligated to serve others. The purpose of life, as I see it, is to leave this world better than we found it. We can do that in a million ways. I’ve been blessed with many opportunities to serve others through charitable organizations and I try to do as much as I can.

Q:  What has been your favorite story that you’ve done?

A:  I have favorites in different areas. As the daughter of a WWII veteran, what a thrill to fly in an F-4 Phantom Jet…and, in a later story, to fly on and off the deck of the aircraft carrier, U.S.S. Carl Vinson, where I interviewed sailors from WNY. After both of these stories, I heard from male viewers who told me I had just lived their lifelong dream. What an opportunity!

It was heart-wrenching beyond belief to report from Oklahoma City for several days after the bombing of the Murrah Federal Building, knowing the suspected bomber was from WNY. People were walking down the streets there just openly weeping because everyone knew someone who had died in the building. Still, I was proud of our reporting and felt a great responsibility to convey the depth of that city’s devastating loss.

It was a once in a lifetime experience to be reporting live from Canada as daredevil Nik Wallenda completed his heart-pounding wire walk across Niagara Falls. We couldn’t see him for most of the walk, but he emerged from the mist and stepped to safety right in front of us and we were able to share with viewers something that no one had ever witnessed before.

Finally, I would point to the adventure of covering all four of the Buffalo Bills Super Bowls! I remember them as the great American spectacles that they were. (Several local sports reporters covered all four, but to my knowledge I am the only TV news reporter to cover four.) My mission was to report on the fan experience and share that with the thousands of Bills’ fans back home who longed to be there in person. I didn’t take it for granted, so I tried to do everything from interviewing players and their wives, to showing off the fan memorabilia for sale, to kicking footballs at the NFL experience, to tracking down ticket scalpers, to jumping against the Velcro wall — people still talk about that! 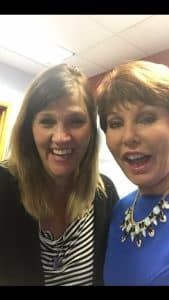 Q:  You are basically a selfie queen! Tell us your secrets to the perfect selfie.

A:  Honestly, I don’t take nearly as many selfies as you think. That’s because the secret to the perfect selfie is to always find someone to be in the picture with you who has longer arms than you do!

Q:  What makes you Totally Buffalo?

A:  A strong work ethic. I felt an immediate connection with people here when I moved to Buffalo almost 35 years ago. Growing up, I remember times when my father was out of work, but he took any job, did anything he had to do to provide for our family. To me, that’s Totally Buffalo. Don’t we all know people who are working two and three jobs and yet their door is always open, there’s always room at the table for one more. Aren’t we all blessed to live here!

What an amazing person. One of the ALL-TIME greats!

Thank you for your time, Jacquie!