Scott Levin is leaving Channel Two – putting “family first.” He tells me, “It was time.” 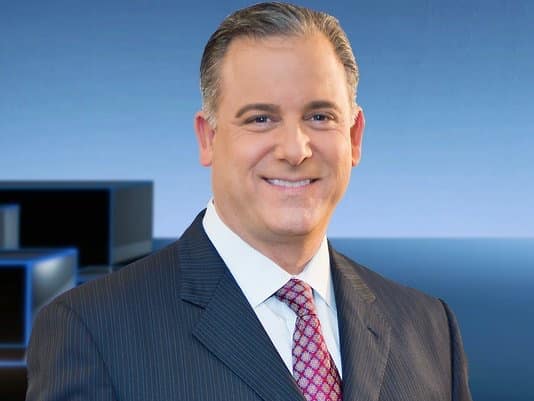 Let me start by saying I’ve known Scott for almost 20 years! He is the salt of the earth. A good guy. A family man. A funny guy. He does a pretty great Rodney Dangerfield impersonation, too. Like, he’ll have you rolling on the ground laughing kind of Rodney!  So funny.

Anyway, Scott announced today that he is leaving WGRZ after nearly two decades of reporting the news.  I’m told by a few staffers – that the announcement was a real shocker for just about everyone.

Scott said he’s leaving to put his family first. That’s a tough shift for sure. In by 2ish. Home by midnight. It’s safe to say he’s missed a lot of family stuff over the years. And what a beautiful family he has. Lisa and their two girls are so sweet and they all make a picture-perfect family. Scott said in a Facebook post, “It’s no secret, broadcasting is a tough business … getting home at midnight for two decades can take a toll, and recent health issues with my wife have made me realize that nothing is more valuable than spending time with ones family.”

Scott has accepted a management position at West-Herr Automotive Group. Scott told me in a text message this evening, “It feels so right. Leaving on top to go work for Scott Bieler was a no-brainer. It was time, as you know.”  Oh, I know, Scott.

He went on to say that he can’t wait to see what God has planned for him.

I’m sure Scott will be missed by many viewers – and who knows what the plan is as far as a replacement – but here’s one thing that is certain – Scott cares a great deal for this community that has become home to him.

We wish Scott and his beautiful family all the best in life! As I told him in a text a bit ago – it was the best thing that I’ve ever done for my family and hopefully it is for his too.