Prayers for sweet Anastasia – as we continue to shine GOLD for Kids with Cancer. 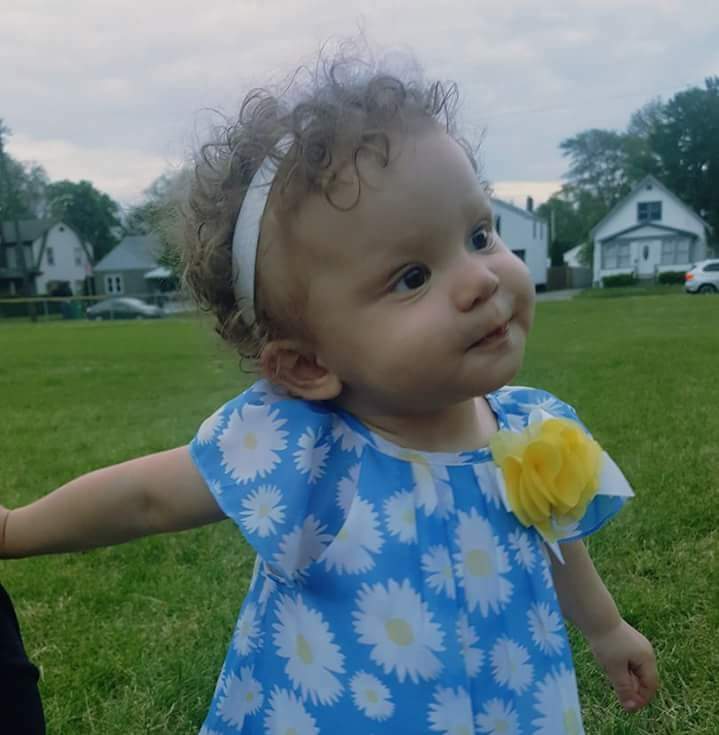 Beautiful Anastasia Rafter started off her first 8 months of life as a happy, healthy little girl – until one day she started vomiting and crying which lasted three days. Her parents took her to her pediatrician who diagnosed the little sweetie with a double ear infection. 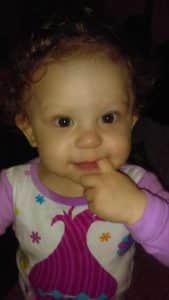 As days went by, Anastasia wouldn’t look when her name was called. Her parents, Lene’e Gray and Brent Rafter were concerned, “We thought she was having trouble hearing from the infections. A week later she stopped reaching for toys and tracking us when we were in front of her. We brought her to children’s hospital in Buffalo, where they diagnosed her with an Optic Nerve Glioma on December 20, 2016, five days before her first Christmas.”

A biopsy was done on December 23rd and she was able to go home on Christmas Day.

“This is, by far, the hardest thing I have ever faced. I couldn’t go home Christmas Day because I was so angry looking at the house decorated,” Lene’e said, ” I feel like every day I run through so many emotions. One minute I’m happy because she literally is so amazing. Everything they said she would probably struggle with, she’s went above and beyond with.”

The tumor sits right where the two nerve cross, in the Chiasm, causing her to go completely blind. Ana then began 6 months of chemotherapy with unfortunate news that the tumor is continuing to grow. 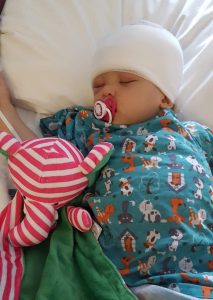 It’s been a long road with many ups and downs. “She was then put on a different chemotherapy and again we were told the tumor is not reacting to the chemo. A second biopsy was done because they felt the tumor may be different than they originally thought. She was then diagnosed with a Pilomyxoid Astrocytoma, a tumor that tends to be more aggressive.”

Anastasia was started on a new chemotherapy August 2017 and they will find out on September 22nd if that new chemo is working.  For her mom, it is a time of many emotions,

“Sometimes I’m so angry. Why did this happen to her? What did she do to deserve this? And all of the time, I’m just sad. Even when I smile and have a good time, there’s always a sadness weighing on me.”

Now, it is wait and watch. Anastasia is a fighter; an incredibly brave little girl. 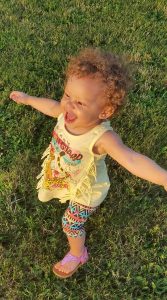 “Some days you don’t know how you’ll make it through, but you do because you have a little one counting on you. In the end, getting them better, is all that matters.”

There is a Gofundme page to help Anastasia and her family during this difficult time. If you would like to help – here is A LINK. 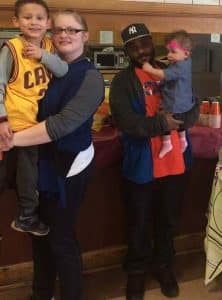 It is Pediatric Cancer Awareness Month – and I’d like to make you aware of sweet Andrew – a son, brother and friend. A teenager with a big heart. Kids like Andrew deserve more than four. The National Cancer Institute – which controls billions of dollars  and releases a fraction of its resources to specifically help children with cancer is taxpayer-funded – which means that our voice counts. This is why you have to call or write to your elected leaders and tell them to give these children more than four.