Parents watch their son defy the odds; are hoping to help others 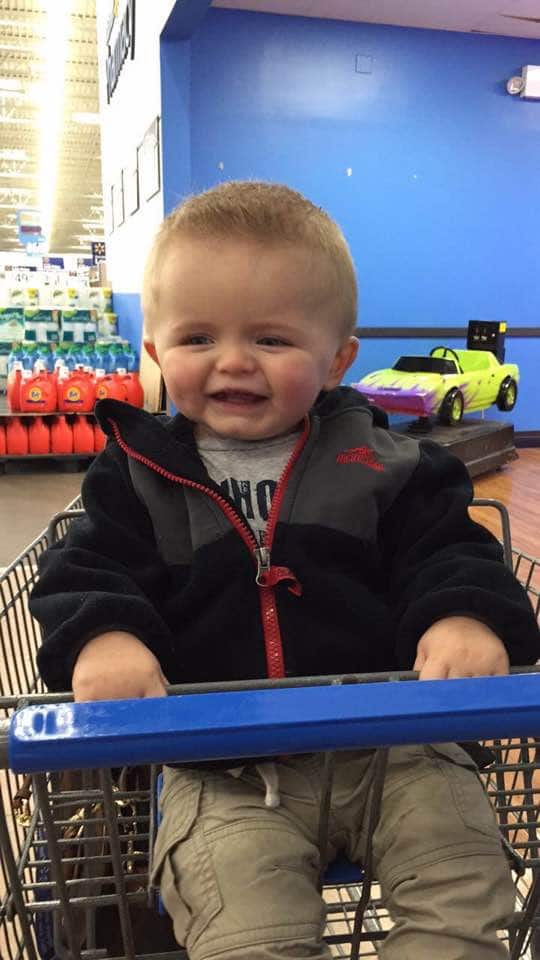 Blake is a two year old boy who has overcome a lot of obstacles in life. This adorable little guy has proven all doctors wrong. The toddler, born with Hydrocephalus, is an adventurous and lovable little boy. His mom, Amanda Berchou couldn’t be more proud, “Blake’s  case of Hydrocephalus is mild, he does have a shunt, but he has no limitations at this time,” said Amanda, “We treat Blake like a normal 2-year-old. We want him to experience life no differently than any other 2-year-old.”

Hydrocephalus is a life altering, life threatening condition caused by an abnormal accumulation of cerebral spinal fluid, resulting in pressure on the brain. The most common treatment for this condition is brain surgery to implant a medical device called a shunt, which has a 50 percent failure rate in children within the first two years.

It’s difficult wondering if and when something could go wrong, but this family refuses to live like that. Instead they simply live; they celebrate life.

Amanda and her fiance, Chris Pirrone want their son to be an advocate for other families who have children with Hydrocephalus just as they are for him, “As a parent I will be the voice, the resource, and the teacher to help Blake overcome anything, so he can live his life to the fullest.” 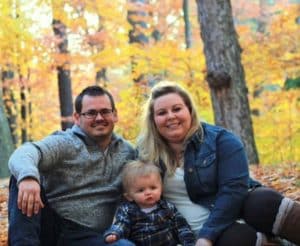 And so far he is. A far cry from what doctors originally told Amanda during an ultrasound late in her pregnancy, “When she was finished we went into the consult room, she came in with a little piece of paper that had Hydranencephaly written down. She said the amount of water that Blake had in his brain was too damaged. She said that Blake would only live for 5 minutes. She told me that my family and I should go home and start his funeral arrangements and that she would call my OB/GYN to set up my C-section ASAP.”

Blake was born on May 4, 2015 (4 weeks early) at Children’s Hospital where he had a shunt placed at one day old. Amanda said Blake defied the odds from the get-go, “When Blake was born the first thing he did when he came out was cry. He cried when they said he wouldn’t. He was breathing on his own when they said he wouldn’t and I did get to hold him for a minute before they took him to the NICU. All of those assumptions I know were precautions, but deep down I knew Blake was going to be okay.”

After a week in the Neonatal Intensive Care Unit, Amanda and Chris took their baby home, “Since that day our life has been nothing but a blessing,” said Amanda, “Blake is now two years old; he is doing great, every doctor’s appointment we have gone to these past two years he has blown them away by his accomplishments. For Example – he crawls, he rolls over, he feeds himself, he drinks out of a straw, he sits up, he jumps, he loves mickey mouse and Sponge Bob. He says words / knows sign language and my favorite word – Baso (kiss in Spanish). He loves hot dogs and chicken nuggets. He loves tractors and anything that has a steering wheel. Overall, he is a normal child that yes is a little delayed but is always showing us that he is learning. Most of all he loves his grandpa’pa” 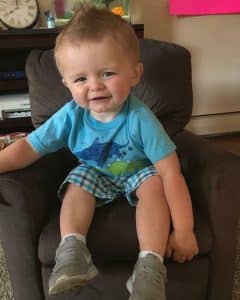 Amanda and Chris do not know what caused this to happen to their son.

Blake gets therapy to help him with walking. He has shown some seizure activity recently which he is being treated for. But overall, he is doing great.  These parents, who have struggled with this diagnosis have moved on to acceptance, they no longer look back, they refuse to let it slow them down.

“We have been through so much and I hate reliving it. As I watch Blake get older and watch everything he does, that the doctors said he wouldn’t do I became more interested in speaking out about Blake’s story. If I would have listened to that doctor tell me about Blake and what they thought was going to happen I feel like he would be a different kid.”

Because Amanda and Chris have been incredible advocates, their son is doing wonderfully. He is happy and oh-so loved.

Now they hope their story can help others.

“By sharing Blake’s story to your readers, hopefully it will help spread the word of hydrocephalus and make people more familiar when they hear that diagnosis. I want Blake to be an advocate to the Hydrocephalus community. I want them to know his story and I want him to one day be able to share everything we have gone though. I hope that one day his story can help another family.”

A Walk for Hydrocephalus will take place on September 9th. Amanda and Chris are raising money to help find a cure for Hydrocephalus. If you would like to make a donation, you can do so by clicking HERE.