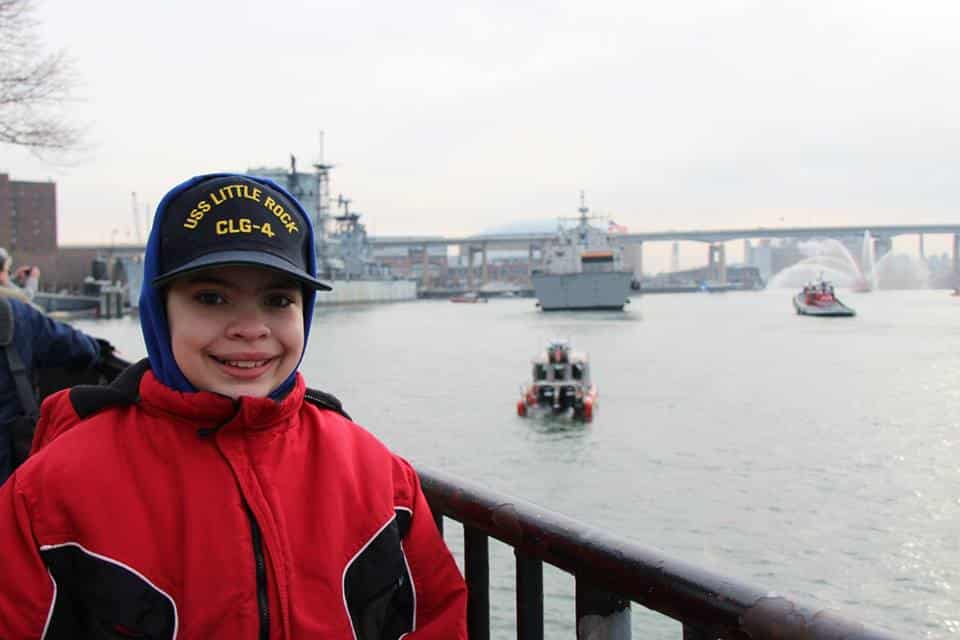 There’s been plenty of planning, plenty of anticipation – now, the new USS Little Rock sits in the beautiful inner harbor at Buffalo’s Canalside. The nearly 400 foot, $440 million ship chugged into Buffalo with its 70 sailors on board. 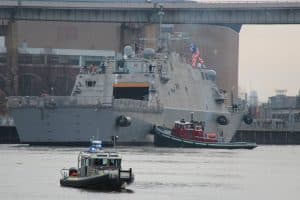 It is the first time in nearly ten years that a Navy warship has made it’s way to Buffalo’s waterfront.

The last time was 2008 – when the USS Freedom passed through.

A commissioning committee spent a year and a half working on this event – including the incredible security measures visitors of the ship will see. Some of the streets closest to Canalside will be closed and airspace will be closed off for air crafts and drones. Boats in the water will be kept at quite a distance.

A crowd of several hundred people waved flags and cheered as the Little Rock began docking on Monday morning. 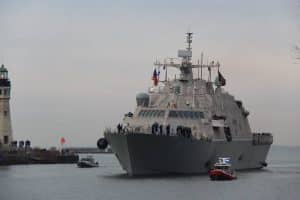 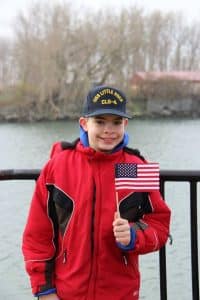 And some of the other folks there, thought it was pretty cool to see a young man there, taking it all in, truly caring about the moment and its significance, “The majority of

thepeople there were my parents generation. Some of them commented to me that they thought it was great I brought him to see it.” 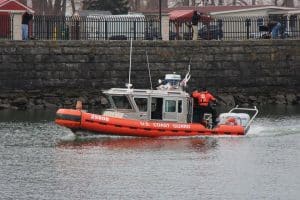 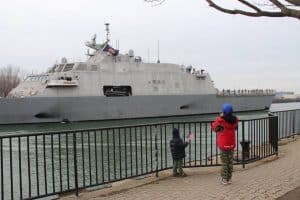 For more information on the USS Little Rock commission just head to buffalonavalpark.org 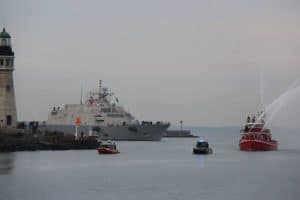