People are good – I saw that today. 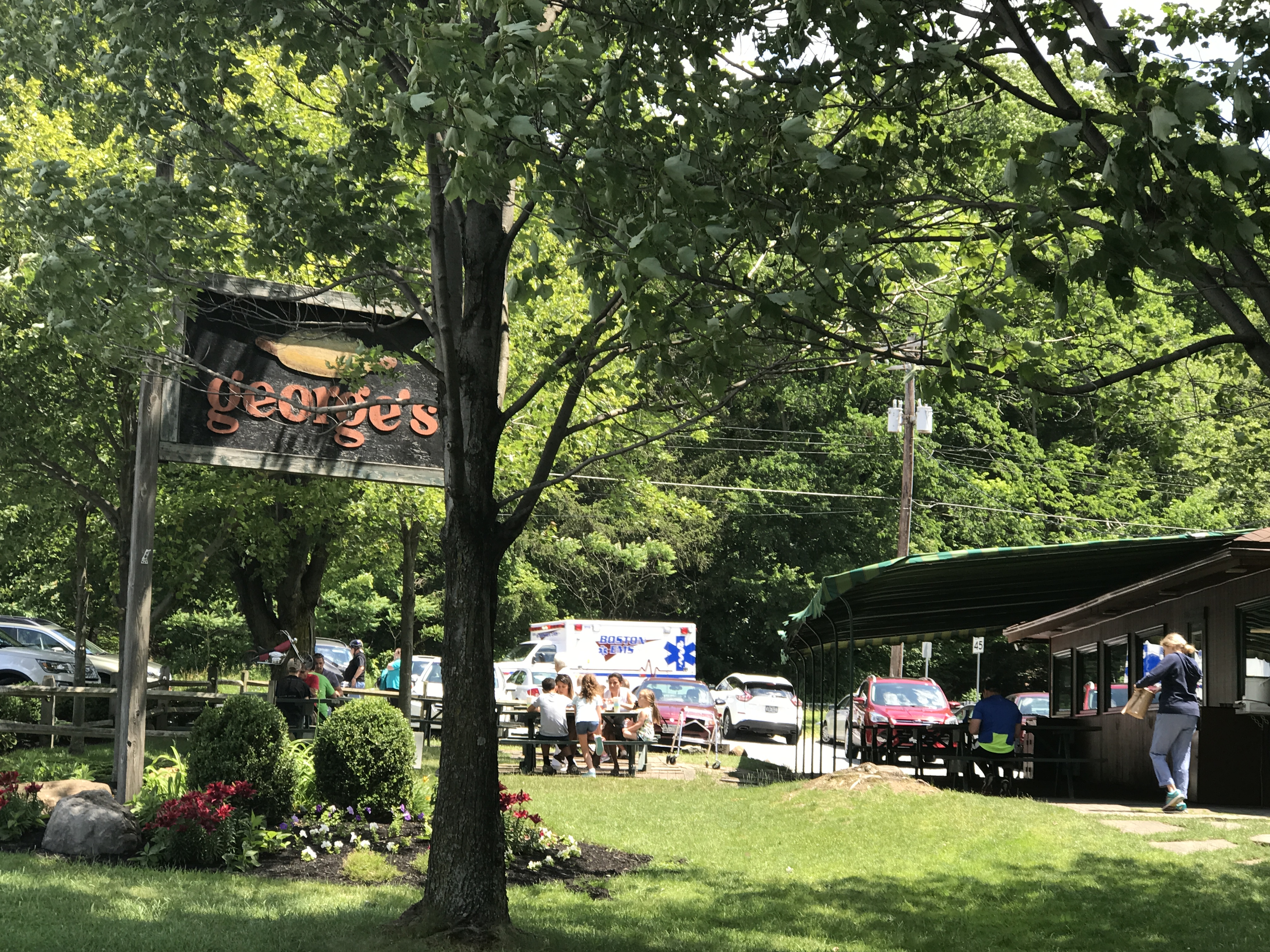 It’s been a very interesting day.

My little sweeties and I had a play date with our friends, The Russo Family. Gosh we love spending time with them. After tossing some ideas around, we decided on lunch and playground fun at George’s Hot Dog Stand in North Boston. My girls love it there because they have a super-cool double playground. So it’s lunch and play.

We were having a ton of fun. The kids played for about an hour. We had lunch. And we went back to playing more.

As the kids were sliding, swinging, climbing, and laughing – Deanna and I were catching up. The sun was shining. A soft breeze in the air.

It was lovely and peaceful.

Out of nowhere.. we heard a scary, horrific, chilling sound.  We looked just in time to see a car flipping over. It  flipped over twice. We heard the screeching of brakes, the smashing of steel – and there was that car flying through the air. We both thought the same thing. Let’s go check it out, see if we can help. Obviously – only one of us could – so I went and Deanna stayed with the kids – she immediately called 911.

As I ran over – I realized I wasn’t alone. It was really quite amazing – not that I noticed then – but, thinking about it now. About seven or eight people ran across. I heard one woman shout, “I’m a nurse.” Another man said, “let me direct traffic here.”

I didn’t do much – I asked the people in the car if they were okay. They seemed to be. Both conscious. A mom and her son – maybe 15 or 16. All of the airbags in the car had deployed. You couldn’t see in the car around those things. The woman said her head hurt, the boy seemed okay. Another woman there told them that someone had called 911, that they should stay put in case they had a head or neck injury. The person in the other car, a man, got out of his car and seemed to be having some type of chest pains. Two men – who didn’t know him – helped him to the side of the road and sat him on the curb. He seemed okay after a few minutes.

I felt incredibly helpless. I started across the street to get some water for the injured folks. Halfway there – two women and a man asked what was needed. I told them maybe some water. They grabbed water bottles and ran them over – I brought them to the man, the woman and the boy.

A few minutes later – someone from George’s brought more water. And cups. And asked if anything else was needed.

Then the sheriff’s deputies and EMS folks arrived to help those injured.

I walked back over to the playground thinking about what had just happened. How it could have been so much worse. But, how so many people went to help people they’d never met.

I am a FIRM believer that there is way more good in this world than bad. Yes, I tend to look at the bright side. I feel as though there are more good people than bad people. More good acts than bad. There’s no doubt in my mind about that. But – the truth is – with all of the ugliness, negativity, and hatred we’re seeing, it’s hard to stay positive. It’s easy to get a bit cynical.

But today is a reminder of the amazing side of humanity. Those folks wanted to help people they didn’t know. They didn’t peek in the car to see if it was a man or woman; black, brown or white. They didn’t ask what religion they practice. Nobody asked those folks if they were a republican or democrat. No voting history was discussed to my knowledge.

If only it was that was all the time.

If only it didn’t take an accident, emergency, or tragedy to figure that out. To see that in others – and maybe in our self.

I hope those folks are all okay – I suspect they will be from what I saw.