It was everything we’d hoped for. And more. 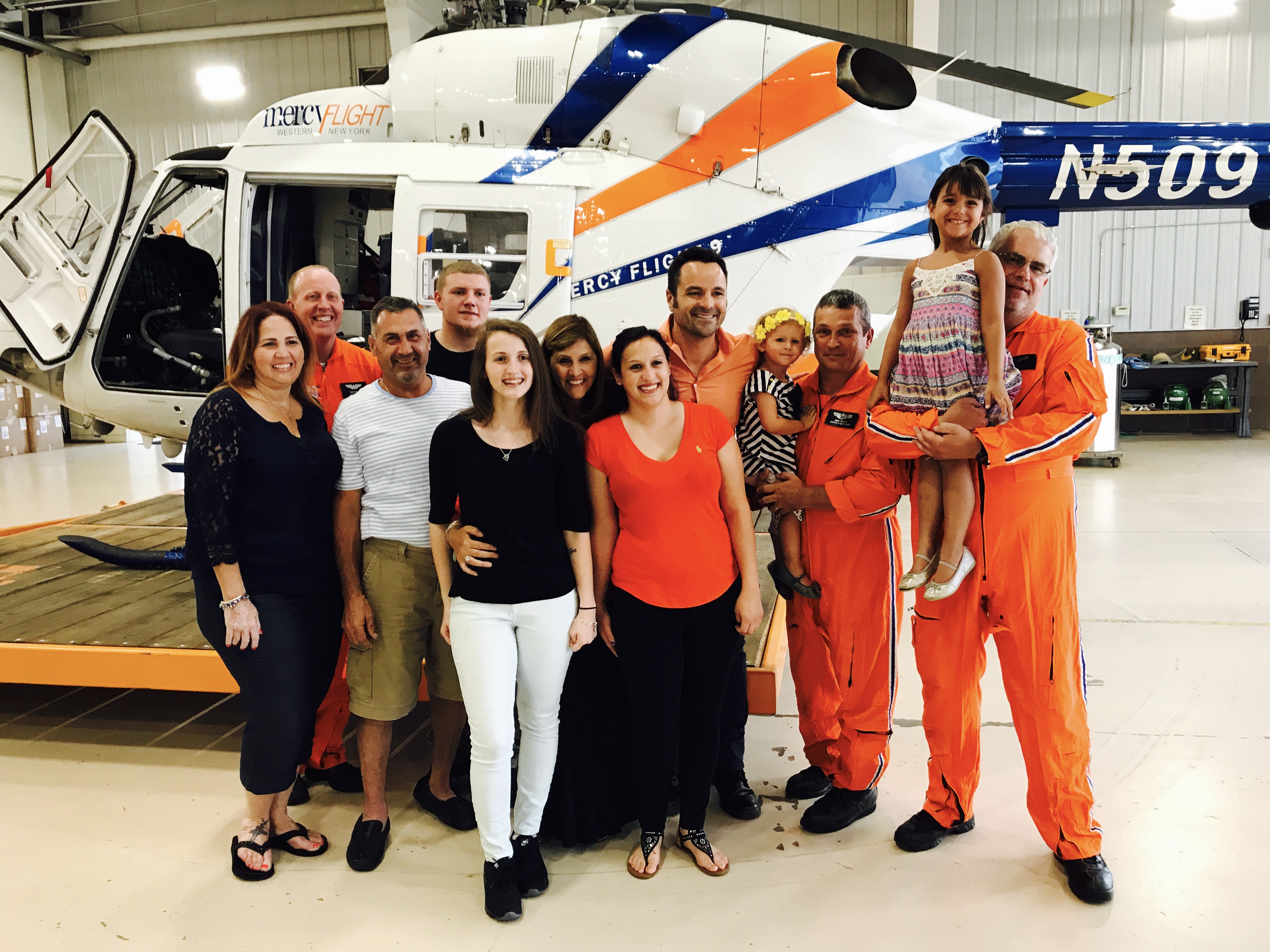 What a moment. For my daughter, Maria and our entire family.

I recently blogged about an amazing upcoming opportunity. We were going to meet the Mercy Flight Crew who saved Maria’s life. (ORIGINAL BLOG)

Well, the day finally came. And – It. Was. Awesome. And emotional. It basically had all the feels. 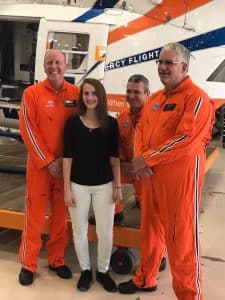 It was a three-man crew made up of Flight Nurse, Tom Sampson, Pilot, Mike Setaro, and Flight Medic, Daniel Parr.

We were walked out into the hangar as a family and when we came around the bend and saw the three of them standing there in those bright orange jumpsuits, it really was quite a moment. We hugged. Gave our thanks. And then talked about that night.

I was astonished at what Maria remembered from being inside that helicopter. The details.

It was really something.

Seven years removed from the accident – it’s much easier to hear these things now.

At one point, Maria and the crew climbed inside the helicopter where they continued a conversation. I stayed out – I felt like they might want to be alone. And there they were, recalling even more.

The definition of a hero is  “a person who is admired or idealized for courage, outstanding achievements, or noble qualities.”

That sums up the crew members. I couldn’t admire them more.

Talk about courage – they hopped in their helicopter hearing only that a young girl had been shot and could lose a limb – if she survives at all. They knew they were headed to pick this child up – but didn’t know where they were bringing her quite yet.

Talk about outstanding achievements. They saved that young girl’s life. They wrapped her leg, gave her a blood transfusion, cared for her – all in a tiny helicopter.

THAT is a true hero.

Or course, I will never truly be able to thank these amazing men enough. I do, however, hope they understand what they mean to me and my family. What they will always mean.

Until the day I die.

I can’t imagine where my life would be if it weren’t for those men. I often say that sometimes – in life – we have to think about the what-ifs. We have to – because that’s how we keep our deep gratitude; it’s how we stay thankful for what we have. It’s how we learn to appreciate the beauty of life more than ever before.

Sometimes, the worst challenges you’ve faced can leave you with wisdom, strength, and confidence some never achieve.
For that – for all of that – I am incredibly lucky. And grateful.

I can’t thank the folks at Mercy Flight enough for putting this together – and to have my entire family there made it even more special.

I am sharing this publicly because so many of you prayed and supported my family during the entire incident – wondering why I was out of work for seven months. Sending thoughts and prayers to us – all of it helped. It got us here and there is no place else I’d rather be.

I posted the entire video from the reunion on our FB page.

*** You can watch the story tonight on Channel Two News.