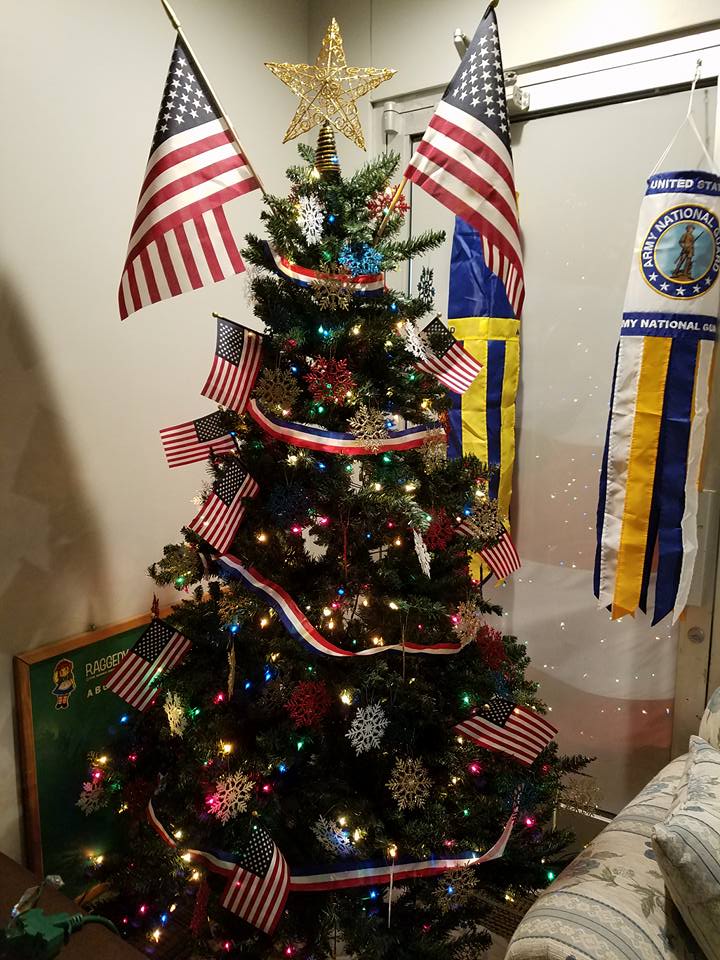 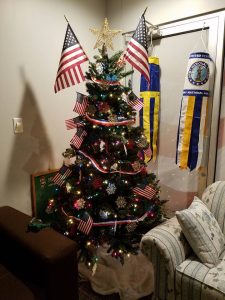 Here is what you need to know about the lounge.

If you’ve been at the Buffalo Airport recently, you may have noticed a somewhat new space downstairs, near luggage pick up. You can’t miss it – with the huge American flag on the front.

It is called The Freedom Lounge.

And it’s not a new idea, these lounges or courtesy rooms are set up in airports all over the country. They’re available to Military Personnel and many are funded and staffed by the United Service Organization (USO). But, unfortunately, smaller regional airports, like ours, do not usually meet the minimum requirements for USO involvement.

For a long time, there was no lounge for service members at the BNIA – but with a lot of work, some very determined folks, and a bit of time – The WNY Freedom Lounge was up and running at the end of 2016. 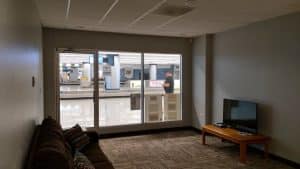 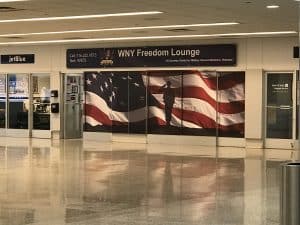 And these are the brave men and women working to protect all of us. They deserve a special lounge – and much more. 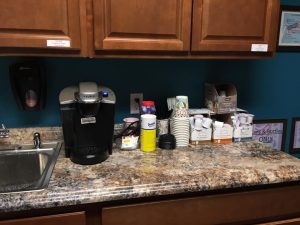 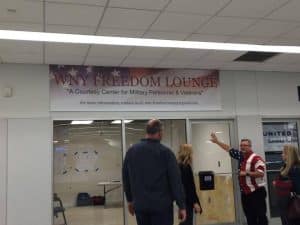 Dan Walther who is on the committee for the Freedom Lounge, says this project means the world, “I am very proud to have been able to be part of the creation of this worthwhile project. It took almost exactly one year to make it a reality, after having the first discussion with the BNIA.”

And yes, even dogs are allowed. 🙂 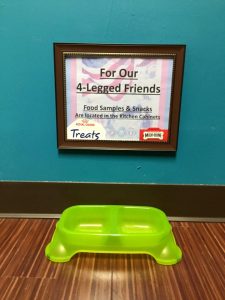 The committee can always use more volunteers, that way the lounge can be open more hours. They can also use donations of snacks, beverages, and of course, money. 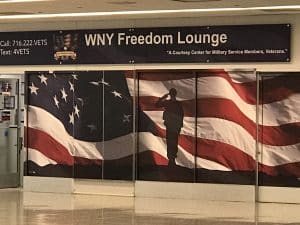 Dan says there’s something else you can do to help – spread the word, “Use of the facility seems to be slowly growing. More and more are learning about our existence. That seems to be the toughest issue. Many still just don’t know that the Lounge is there. Being on the first floor, instead of upstairs is also part of it, but we are there to stay until better space is identified in the future.”

It’s an amazing idea – that became a reality and Dan sees what it means first hand, “Even yesterday evening, when I arrived at the airport and found a young soldier in the Lounge. He had been dropped off the day before, to fly home to see his family. Without the Lounge he would have been stuck out on one of the hard benches. Traveling with little finances, other than a couple of snacks and beverages in the Lounge he hadn’t eaten since the lunch the day prior. I took him out to dinner, and we had a great discussion about military life. He was so appreciative of the space and services that the WNY Freedom Lounge had made available to him.”

Please spread the word! Share the story about the lounge and let our WNY Military members know all about it!

For more information on the lounge and how you can help, visit the WNY Freedom Lounge on Facebook.