Ronda let me know today – her daughter, Katie, who’s been missing for six weeks has been found. She’s alive. 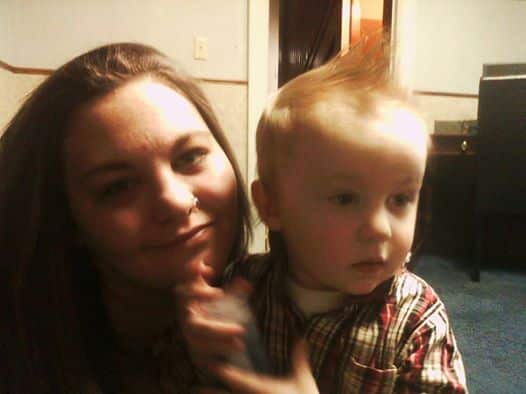 UPDATE: Ronda Pletl has been absolutely heart sick since her daughter, Katie went missing on April 4th. Ronda let me know this morning that her daughter has been found and is under arrest. The rehabilitation she was in was court-ordered. Because Katie didn’t complete it, she has to face the consequences – which will mean a few months in jail. Ronda saw Katie this morning and says she looked okay but was very upset, crying very hard. Ronda wanted me to pass along this message, “Please just thank everyone for their support and helping me keep the faith. The PRAYERS that where sent I believe WORKED. This is a story of how a drug addict will live and what they go through. I will ALWAYS love and help my daughter.  Thank you ALL.. GOD BLESS.”

I try and write about positive, inspirational stories. That’s really my focus here.

But, there was no way that I could turn my back on Ronda Pletl. I have four daughters and can’t imagine what it must be like to have one of them missing. On the streets. Here’s the information, please help if you can.

UPDATE: It’s now been one month since Ronda has heard from her daughter. Please share her story and help find Katie.

She’s not spending it with her 4-year-old son, or her parents, or any family for that matter.

Ronda Pletl has no idea where her daughter is, she hasn’t talked to Katie since April 4th.

Katie is addicted to heroin, which basically means, despite a police report, officials are not actively searching for Katie. (I spoke with officials with the Niagara County Sheriff’s Department who tell me that Katie is a confirmed ‘missing person’ and although they aren’t searching for her, they are doing everything they can to get the word out, including putting an attempt to locate out to all local departments and if a tip comes in, they will go and check it out.)

It’s a nightmare for Ronda. A 4-year-long nightmare.

It stated when Katie fractured her tailbone and was put on Lortabs and Oxycontin for pain. Things spiraled out of control when Katie became hooked on the painkillers. The pills, as they very often do, turned to heroin.  The girl from Olean in Cattaraugus County was fighting her addiction, and her son, Carter was her inspiration to go to rehab. She was in treatment at The Delta House, which is a 25-bed facility in Sanborn, designed to not only help people with their addiction, but to also give them the tools they need to stay clean. Ronda says her daughter was making strides, “Yes she was doing the best ever, happy and healthy, video chatted with her son nightly.” 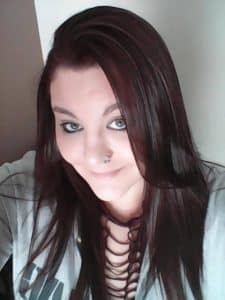 Katie is 24, and her mom says she’s been missing for a week.

But then something happened. Ronda says her daughter was having a hard time, so the people at the facility put her in a cab, and sent her to Niagara Falls Memorial Medical Center, “They put Katie on Suboxone and she had an adverse reaction to it.  She was taken off it, so she was having withdrawals and they knew that, but sent her by herself.  When Katie called me she was hurting and scared and having withdrawals, she wanted me to come get her.” A short time later Katie got in touch with her mom one more time from a phone at the hospital, “I tried so very hard to get her to go back to the rehab. She said NO because they weren’t helping her with the withdrawals.. I live 2 hours away, she said I will stay at the hospital till tomorrow morning. I said okay and I never heard back.” Katie didn’t have anything with her. No clothes. No phone. Nothing. 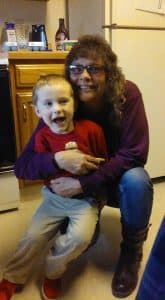 Ronda has helped to raise little Carter, while his mother has struggled. They just want her home.

That was the last time Ronda heard from her daughter. That was April 4th. More than a week ago. She just wants her daughter to come home. Carter wants his mommy home, “Katie is a wonderful, caring mom and her son was her everyday concern.”

This is the information as listed on the NIAGARA COUNTY SHERIFF’S OFFICE WEBSITE.

Last seen wearing:  A black and white “Pink” t-shirt and black pants. Katie Mae has a tattoo of the initials “CP” on her right front shoulder and she has a pierced nose.

Katie Mae is missing from the Town of Wheatfield. She was last seen leavng the Niagara Falls Memorial Medical Center on April 1st at 5:30 p.m. Katie Mae has a history of drug abuse and if located her welfare should be checked. If contact is made with Katie Mae please contact the NCSO Communications at 438-3394 the Criminal Investigation Bureau at 438-3327 or Inv. John Wick at 438-3342.

Please, if you know someone who might know where she is, please call Ronda.