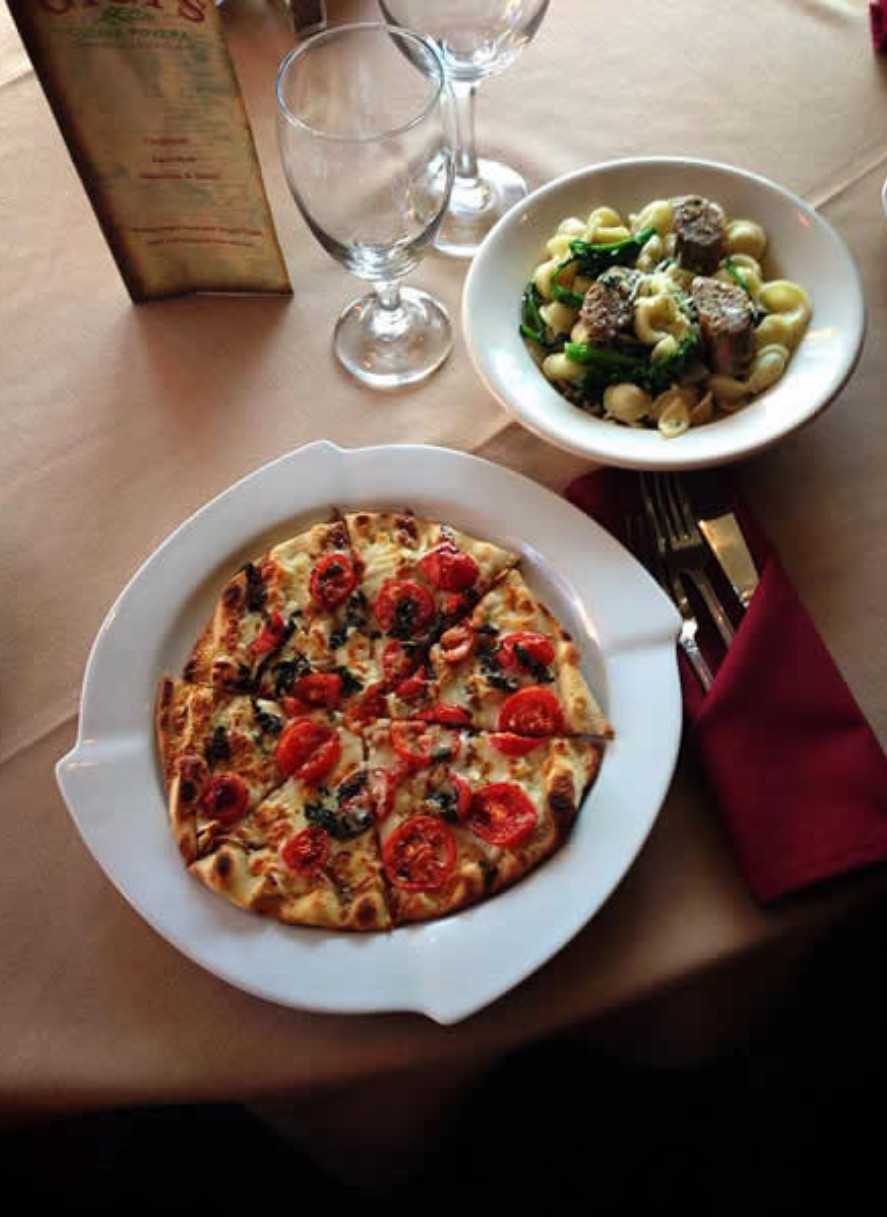 Gigi’s Cucina Povera is a friendly and comfortable neighborhood restaurant in Kenmore, N.Y. where you will be greeted with nothing but smiles from the staff. The environment seemed energetic and cheerful as many were enthralled by the live entertainment which they have every Wednesday and Saturday evening. 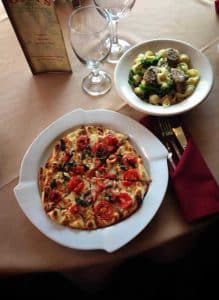 The restaurant serves Sicilian and Mediterranean cuisine and focuses on making great food with fresh, local and seasonal ingredients. La Cucina Povera is an Italian phrase that means “cooking of the poor,” or “peasant cooking.” On a deeper level it reflects a philosophy that is common to all cultures: making do with what you have to transform humble ingredients into dishes that are more than the sum of their parts–a motto for Gigi’s Cucina Povera! 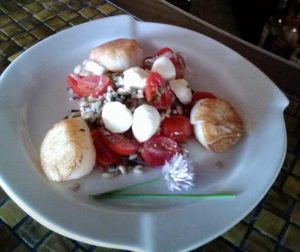 To start, we were served Gigi’s signature Bread Board along with seasoned olive oil, a bean and olive puree and warm crusty bread. Our appetizer was Fried Calamari dressed with Banana peppers, cherry tomatoes with lightly drizzled lemon aioli—Simply amazing!

The main menu has a broad offering of some classics such as Grandma Dano’s Spaghettini with Meatballs, Chicken and Veal Milanese, Linguini Con Vongole and Shrimp Scampi. For an entree we tried the Chicken Marsala and The Veal Parmesan. The Chicken Marsala was sautéed with shallot, cremini mushrooms and a rich marsala sauce and the Veal Parmesan was served over fresh pasta and the portion was extremely generous—both entrees were scrumptious! 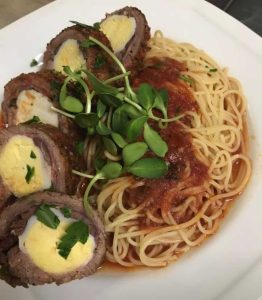 As for dessert, a small delicious cannoli was the perfect ending to the night.

Next time you are in Kenmore, stop by Gigi’s Cucina Povera–you will not be disappointed!

When you visit Gigi’s Cucina Povera, take a look at some of these other mouth-watering dishes: 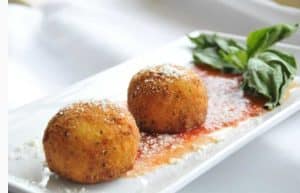 John Paul Pirrone
Arts & Entertainment Contributor at Totally Buffalo
John Pirrone is ecstatic to be joining Totally Buffalo’s team as their Arts and Entertainment contributor. John is no stranger to Western New York’s night life as he is most recognized for playing in one of WNY’s longest running shows–Tony n Tina’s Wedding. For the past 17 Years, John has played the role of the Brides brother, Joey Vitale. With over 600 performances in the same role, Tony n’ Tina’s Wedding remains his favorite role to date. John has appeared in close to 100 shows across Buffalo, Rochester and Long Island. He is also the Producer and Co-owner of Red Carpet Theater Productions.

When John is not performing, his day-time position is as a Registered Respiratory Therapist for the Catholic Health System. There, he takes care of critically ill adult and neonatal patients who are in need of life support and various Respiratory Care in the acute care setting.

Over the past few years, John has become an ordained Wedding Officiant performing weddings for couples throughout the United States. John is ordained in all fifty states and custom creates a unique ceremony that the couple will cherish for a lifetime.

As part of John’s Arts and Entertainment segment, he will not only bring you information and reviews on local theater, he will also focus on Western New York’s array of diverse restaurants and eateries. He will encapsulate the dining experience and relay that experience to readers.

Latest posts by John Paul Pirrone (see all)
2018-01-19
Previous Post: Great information on the “Mediterranean Diet” and a SUPER easy, SUPER delicious recipe
Next Post: Children and grief – What my girls taught me after my dad died.