First-N-Ten, a Labor of Love 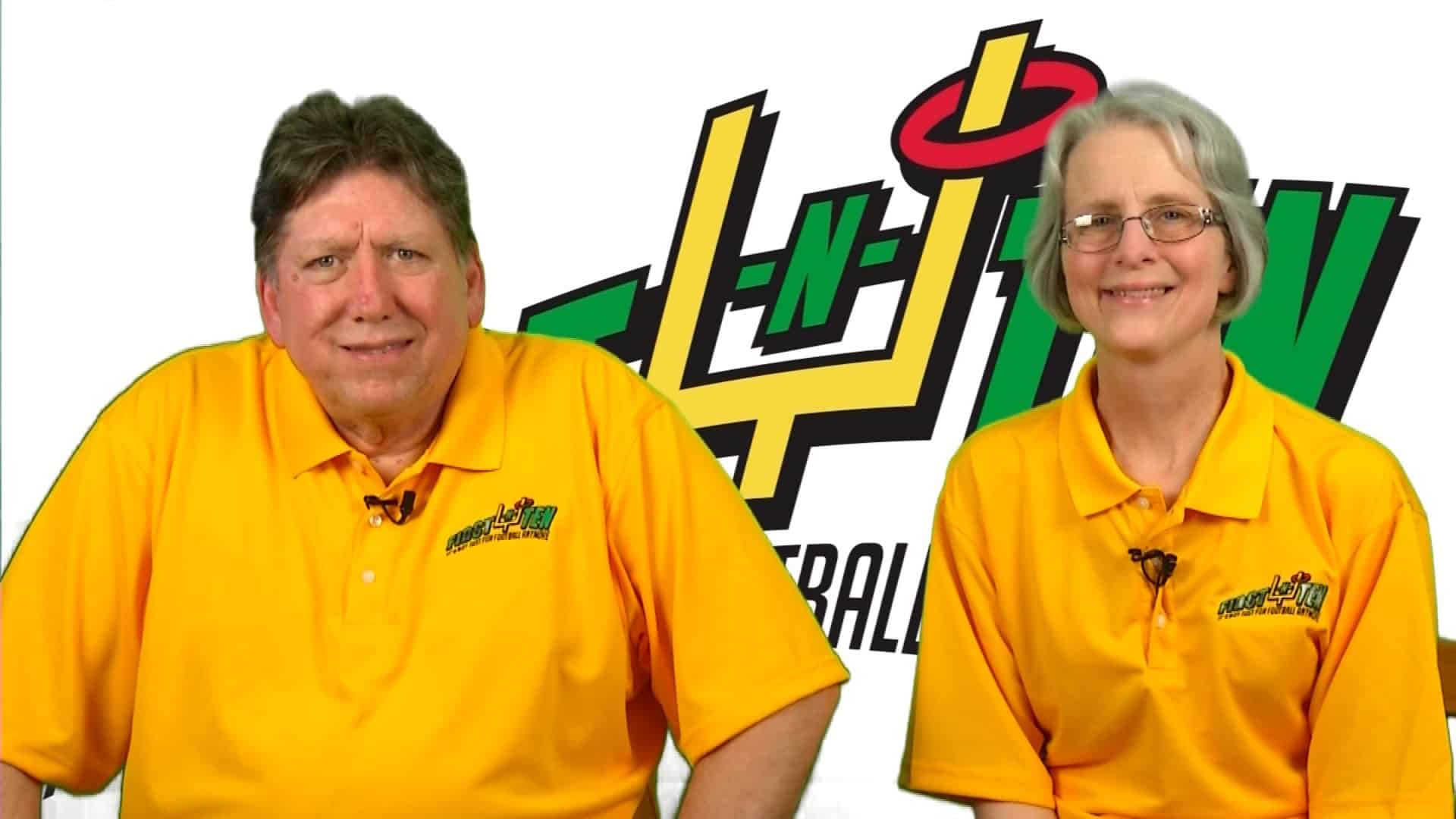 Mike and Jean Wolf are a very sweet couple. 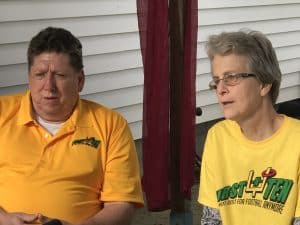 This is their baby. 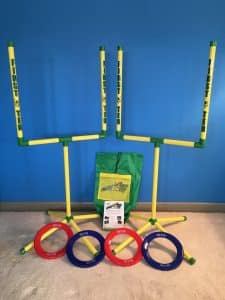 It’s name is First-N-Ten. It’s a game. An amazing, fun game that you can play anywhere. Your backyard. Tailgate party. The beach. Family picnic. The park. Anywhere. The idea is to get the little rings around the goal post uprights. Two people per team, a little friendly competition.

It’s been a long road for Mike and Jean that all started with a trip to the grocery store. Mike went shopping, and noticed a set off uprights above a football display. He stared and thought for about an hour. Yes, an hour. He saw something there. He went home to tell Jean all about it. Of course, she wondered where the groceries were!

The next few months and years were complicated. They worked on a concept and then a prototype. Or two. Or three. Yeah, more than that.

The couple had talked about doing something their own for a long time. But, they just never got around to it.

It was a cancer diagnosis for Jean that reminded them – a certain amount of time on earth is not a guarantee.  Mike says they decided to live life to the fullest and to follow their heart, “As you can imagine, hearing those words are devastating. Jean was diagnosed with “Stage 4” throat cancer in March 2010.”

Mike says their life was turned upside down, “​Her Chemotherapy was the kind where she had a pump attached to a port for three days. She would also have to go to the office and get transfused. She could not really eat anything and a decision was made to put in a feeding tube. Several times a day she would need to pour this liquid into a funnel that went directly into her stomach. I will never forget the day that I had to shave what little hair remained on Jeans head. We had gone earlier to someplace where she could pick out a wig.”

Radiation treatments were next. 33 treatments, “​Jean was off work for almost ten months. I remember the horrible day that was supposed to be very different. The day Jean was supposed to have her physical to go back to work, she has an attack and we have to rush her to Sisters Hospital. They ran tests and as I stood there, the hospital doctor said he believed Jean had late stage liver cancer. I must admit, I don’t remember the next minutes, I just remember a nurse helping me back to the bed where Jean was holding out her arms for me. That did turn out to be false information, but it was a gallbladder attack and she had to have that removed. They say it is one of those results that happens fairly frequently after Chemo.”

For Mike it was a life-lesson about strength and determination”There were times when I was trying to be the strong, considerate, and caring spouse, but half the time I realized she was the one doing all those things. Jean is my life. We are both on our second marriage, but have now been married for over 26 years. Another 26 would be just fine!” 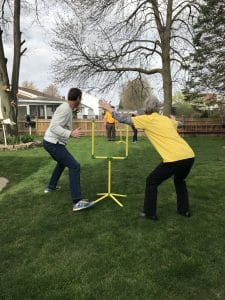 Now in remission, Jean is loving life. This stage of life. This game. Their second childhood as she calls it.

But again, that game was not an easy task and it took a few years. They tried many different prototypes. Many designs. Many options. Patents. Lawyers. This and that. Mike says it was a process to say the least, “It was certainly an education. We previously had no experience in patents, architectural design, manufacturing, or marketing. To say we have learned a lot over the last two years is an understatement. I never thought or even knew that I would have to have knowledge of ASTM F-963 childhood testing. I imagine that is why thousands of ideas good or bad never went any farther than a drawing on a scrap of paper or napkin.” 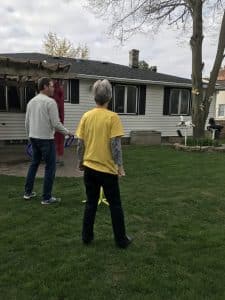 ​But they kept it up. Wouldn’t give up. And finally, the game was made.

Mike and Jean belong to Nash Road Church and want to raise enough money to help replace the old, worn roof, “There are many people who work much harder than I do for this church, but I certainly would like to help in any way I can. Everyone can see that our church needs a new roof,” Mike said, “Unfortunately, the church does not have the money to replace it. We currently have a capital campaign and we have around 50% of the way there, but the way it’s going, it will be next year before all the money comes in and I’m not sure the roof has another winter in it. It would be great if we had the ability to get it done this summer.”

They also hope to leave a legacy behind. College funds for their grandchildren.

And so far, so good. Folks who play the game, love the game. “You cannot play this game without having some fun. I have seen it countless times. FIRST-N-TEN is not just for football anymore – it’s also not just for kids anymore. This is a great family game for all ages,” Mike said, “One of our goals is to get kids off the couch and to get some exercise. Now while many outdoor games achieve that objective, FIRST-N-TEN is a new fun way to get some exercise, and best of all, FIRST-N-TEN can also get adults off the couch. Whether you are 12 or 62, this game is a lot of fun.” 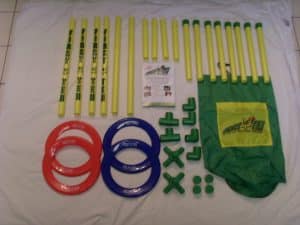 The game is kind of like a mix of horseshoes and frisbee! It’s fun for kids and adults. It’s portable and easy to set up! 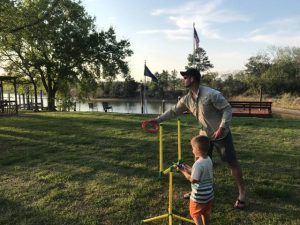 They’re working on getting their game in stores but right now you can buy a game by logging on to First-N-Ten.com