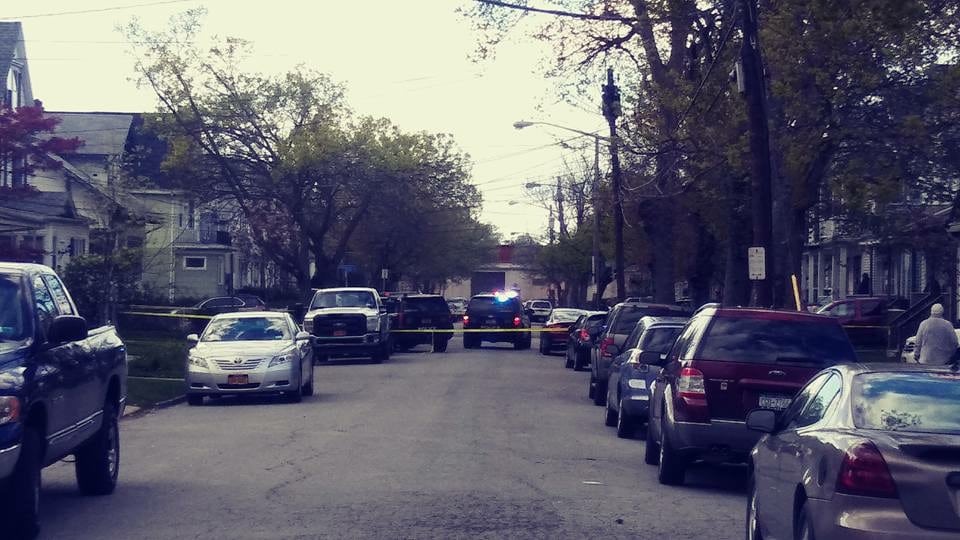 Officer recovering, Buffalo woman says, “It was the scariest thing I’ve ever seen in my life.”

By: Mary Friona
In: News

It was a chaotic, scary, surreal time for Liz Brennan. The Buffalo woman was in her car just feet away from the officers and saw most of the incident. Her account is very emotional. I talked with her, by phone, just moments after it all went down.

It all happened in the Black Rock section of Buffalo. Liz Brennan was in her car when she saw a man wresting with two Buffalo Police officers, “The cops were trying to restrain him, trying to get him to the ground but he wouldn’t go down. He refused to go down. He was moving erratically, and wouldn’t go down and eventually broke away. We did not see the officer get shot, we just saw his ear hanging, we don’t understand how we missed that. All of a sudden his ear was hit. He was hit. I couldn’t believe it.” She went on to say what happened next, “One police officer stood up, was screaming help me, help me. His ear was hanging on by a thread. He was screaming and yelling. The other officer got on his one knee and fired two shots, he missed and put his gun away and started chasing him.”

Liz says it was a tense situation from the beginning, “We did see the officer get down and shoot twice as the man was running. It was awful. The officer was three feet from our car. He was saying, ‘Oh my God I’m shot’. It was the scariest thing I’ve ever seen in my life. The man started to run, he ran through a few yards on Peoria Street at Garfield. There was a witness on scene, a nurse, who was helping the police officer. Then all of a sudden, there were a lot of people helping the police officer.” Liz said, “I’m pregnant and the only thing I was thinking was that I could get shot. That and the fact that the officer was shot.”

Thankfully, Officer Joseph Acquino is recovering in stable condition. The suspect, shot by another officer, has died from his wounds.

Latest posts by Mary Friona (see all)
2017-05-07
Previous Post: She was a NICU baby 8 years ago, now she’s giving back, saying thanks.
Next Post: Friends planning huge rally for Officer Acquino, hoping for community support