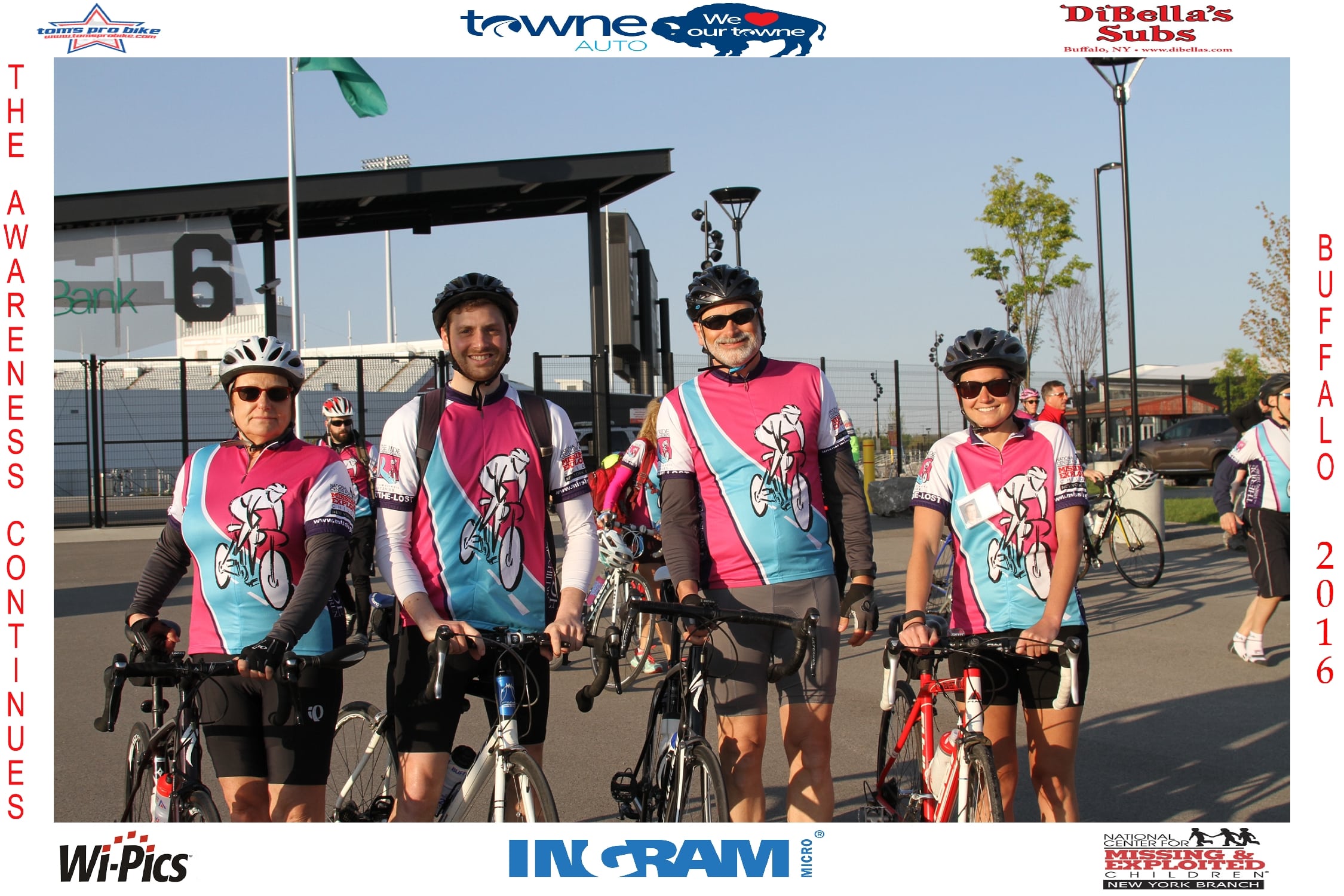 Talk about riding for a reason!

For the 11th year, Pastor Pat Hilkey is gearing up to join over 150 other riders to bicycle 100 miles in the National Center for Missing & Exploited Children (NCMEC) Buffalo Office’s Ride for Missing Children. The event is taking place on Friday, May 19, 2017 with doors opening at 6:30 a.m. at New Era Field, and will conclude at 5:00 p.m., also at New Era Field.

This annual fundraising and awareness event supports the NCMEC’s efforts to recover missing children, and provide abduction and sexual exploitation prevention, and Internet safety education programs throughout the community.

Hilkey has been chairing the event since its Buffalo inception in 2007, and is in fact responsible for the event coming to Buffalo. A chance meeting with a representative of the then newly-formed NCMEC Buffalo Office at the Galleria Mall led him to suggest WNY hold a riding fundraiser similar to one he’d been participating in Utica. He provided his name and number to the NCMEC, “and the rest,” he said, “is history.”

“That first year we had 23 Buffalo riders and 30 from Rochester and Utica,” said Hilkey, “so to see it grown the way it has is especially gratifying. I tell people it’s the easiest 100-mile bike ride they will ever be on because of all of the support. The police, the volunteers, the rally at the end, the teamwork and the 2X2 riders make it so much fun.”

And of course, there are the children, who gather at stops along the way to motivate the riders with signs, music and cheers. “Without a doubt, when you see a couple hundred kids outside yelling and screaming, it just makes you want to keep going no matter what,” he said.

Dana Fauth admits she’s a bit more attuned to the ride’s rigors, but says the payoff is still worth it. “What does it matter if we do or don’t have enough practice or have aches or pains along the way?  Our contribution is to raise funds and raise awareness.  The ride isn’t about us, it’s about making abduction awareness training available to as many WNY children as possible,” says the Orchard Park mother of twins, who are seven years old. She’s also the nurse at Elmwood Village Charter School and has been involved with the event since the school opened 11 years ago.

According to Kathy Gust, the program director for NCMEC’s Buffalo Office, last year’s event raised more than $52,000, an amount she hopes this year’s ride can match or top, especially since all of the pledges stay in Buffalo. “Even though we have the word ‘national’ in our title, our Buffalo office, located on Main Street downtown, subsists entirely on local support,” said Gust. “Our programming and outreach efforts are 100 percent funded by the generosity of the local community. We’re here to help the children, parents and teachers in Western New York.” 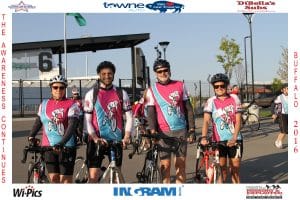 “To have your child abducted is a parent’s worst nightmare,” Hilkey said. “It’s the fear of the unknown and pain I want to help prevent from happening to anyone here, which is why this ride is so important to me.”

NCMEC also operates the CyberTipline, a mechanism for reporting child pornography, child sex trafficking and other forms of child sexual exploitation. Since it was created in 1998, more than 3.5 million reports of suspected child sexual exploitation have been received, and more than 134 million suspected child pornography images have been reviewed. NCMEC works in partnership with the U.S. Department of Justice’s Office of Juvenile Justice and Delinquency Prevention.