Her baby girl was diagnosed with the flu last week, now a local mom has advice for all of us 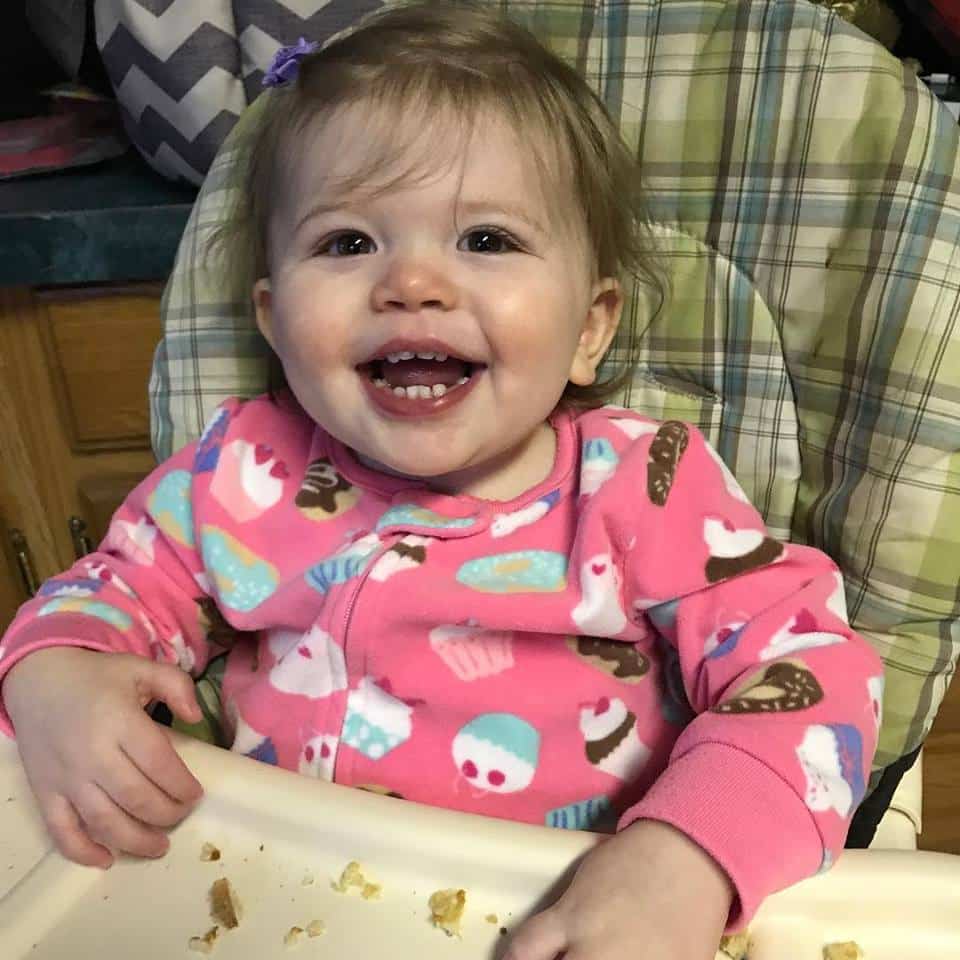 It’s been tough few weeks for Heather DiPaola-Reed and her family.

“Our daughter Lucy, 16 months old, has had one tough start to the new year,” Heather said, “Beginning the second week of January she caught a cold or so we thought from her brother. Symptoms that presented were the yucky, deep lung cough when all the crud comes up, fever off and on and just not herself. After almost a week of not getting really any better we had a night of hell. I went in to check on her around 11 p.m. before I went to bed and she was up crying and coughing. The cough was the sound of a dying seal, that deep, barky cough where nothing was moving around or coming up.”
They were up with baby Lucy all night long. Then, the next day, they called the pediatrician who saw Lucy at 10:30 a.m. She was diagnosed with Croup. Lucy was given a steroid shot and sent home. Heather says her little girl was doing a lot better.
Soon, things changed.
“So then our son was presenting with flu like symptoms again the following week and missed about the whole week of school. Turns out he has some GI issues, so he is solved and we are working on a plan with his pediatrician and meeting with a GI specialist very soon. Lucy, still with a weakened immune system got sick again.” 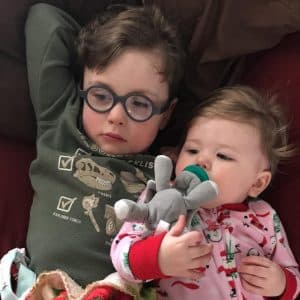 “This past Wednesday she woke up with a 101 temp and chills. So I took the afternoon off from school to be home with her while my husband dealt with our son and we tried to keep them separate. Constant disinfecting of their toys, surfaces, anything they touched was wiped, bleached, soaked in hot water for hours but nothing was working.”
For 3 days it was pumping Lucy with fluids, constantly checking her temperature and a steady rotation of Tylenol and Motrin to keep the fever down. Then, on Friday, January 26th, the pediatrician swabbed Lucy at the doctor’s office – the little girl tested positive for Influenza A.  Needless to say, Heather was devastated, “As of now Lucy still isn’t the best. – threw up at dinner the last two nights, doesn’t really have an appetite and isn’t drinking a whole lot. So again, we are freaking out! Why, we are clean people who wash their hands, wash toys regularly, eat well and over all are pretty healthy people. Why are our kids still so sick???? It isn’t fair. Why can’t we be sick and not the kids!!!”
It’s all so scary. Especially with all of the news coverage on this year’s deadly strain – killing 37 children in the United States so far.
Their son, Owen, who was also sick, tested negative for the flu virus.
Here are flu symptoms to watch for, according to the CDC
Lucy was not put on Tamiflu because her pediatrician said she was on day three of the virus and was past the point of getting it.
In case you’re wondering, Heather did not get her children the flu shot. It was a personal choice and Heather says part of her regrets it.
For now, this Great Valley mom has been snuggling up her sweet kids, doing everything possible to help them get better – faster. And, she has some advice for other parents, “My advice for parents, trust your gut because it usually never lies and you know best as a parent – what is best for your kids.”
And we sure hope Lucy and Owen both feel better very, very soon.