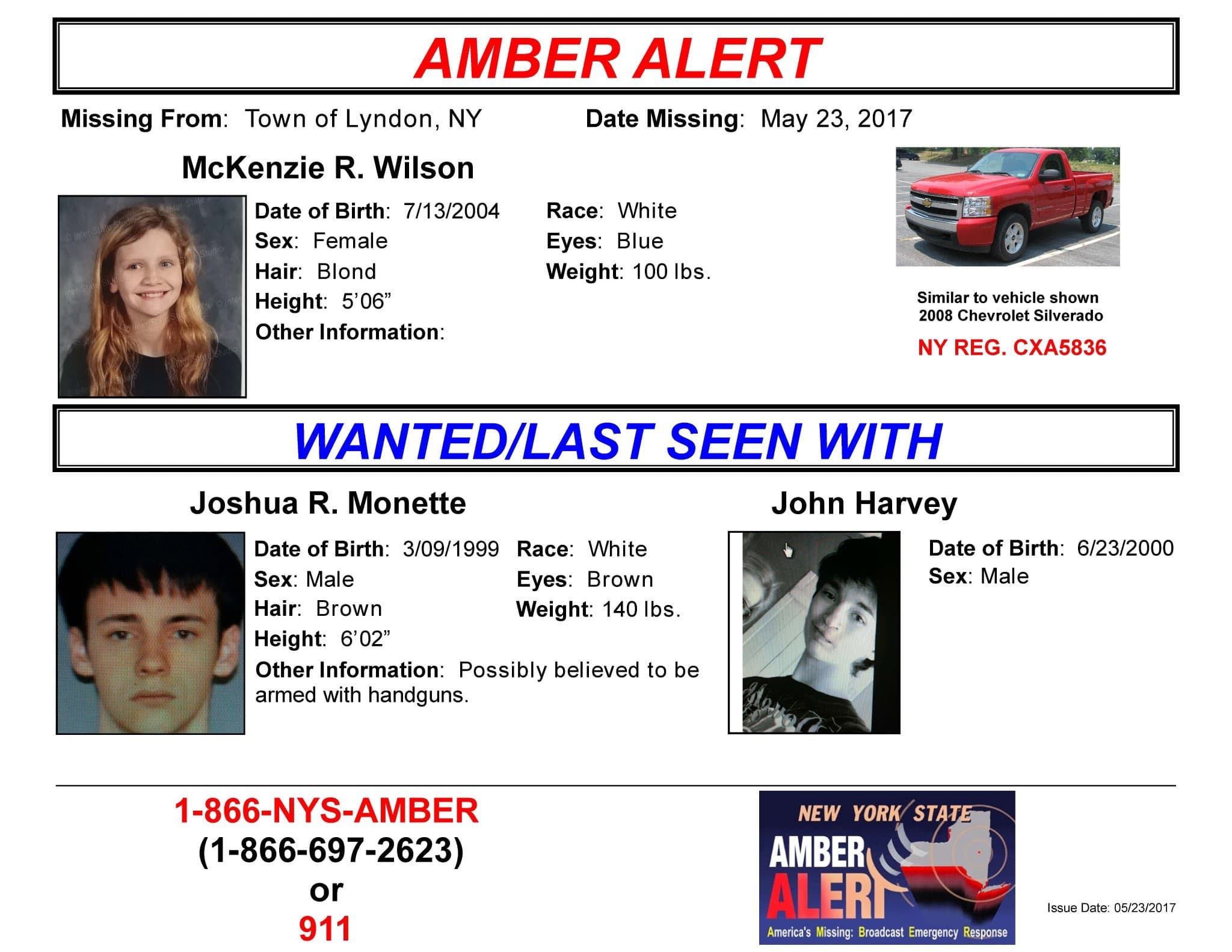 AMBER ALERT CANCELED  – McKenzie Wilson is safe according to officials.  The two teens are in custody. no further details available at this time

The suspect was last seen driving Southeast on the road, possibly heading for the Allegany Mountains.

Police say the suspects took the child under circumstances that lead them to believe she is in imminent danger of serious bodily harm or death.
Police believe the suspects are armed with handguns.

CALL 911 with any information.