A conversation with Mindy Sauer – 3 years after losing her son, the boy who inspired #Blue4Ben 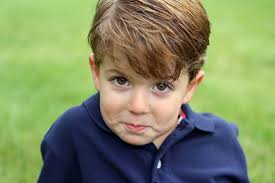 Three years ago, this entire community was rallying around a bright, beautiful little boy. Western New York schools, churches, and businesses went blue for little Ben Sauer. People were united. Buildings and bridges were illuminated in blue lights, and groups wore blue to raise money and awareness for Ben and for cancer research. 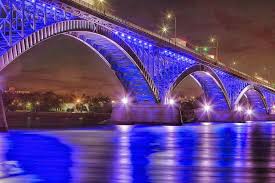 Our thoughts and prayers were communicated with a hashtag – #Blue4Ben – named because Ben always wore blue to help people tell him from his twin brother, Jack. 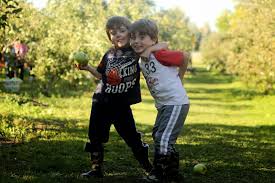 Meanwhile, Andy and Mindy Sauer prayed for a miracle for their sweet boy who was fighting a very aggressive brain tumor.

Then came the awful news of Ben’s passing. May 13, 2014. Mindy told all of us – with a Facebook post, “Ben is with Jesus now. He took his first breath in heaven peacefully at 8:05 p.m. last night. Thank you so much for praying. Our baby is at peace now.”

It was a devastating blow to the community who’d held out hope for the little boy. Western New Yorkers have big hearts, and they were collectively broken upon hearing the news. It hurt us, but we can’t begin to imagine how much it hurt the Sauer family.

Three years later, I caught up with Mindy, who – as usual – spoke from her heart in a raw and beautiful way. She talks about the community support, life without Ben, and how faith has carried her family through the darkest times. I’ve broken the interview into a few parts – simply because I want to include everything. Mindy has been an inspiration to so many in this community – this interview is no different. Although, my heart aches for her – I’m also totally inspired by her strength, her honesty, and her loving words.

We will begin with part one – how Mindy and her family are doing, which is a very loaded question.

There is no doubt, losing a child is the worst pain a parent can feel. For Mindy, it’s been a journey that she hasn’t walked alone. She’s had her husband, Andy and their children. She’s had an entire community. And most importantly, she’s had God. Mindy admits, when asked how she is, the answer isn’t always a simple one, “My short answer is always “I’m doing well. Taking one day at a time.” I’ve learned that sometimes, I need to add a qualifier. “I’m doing well… in this moment. But some days are really hard.” I can’t answer for the entire day. Just that moment. Almost three years after Ben died, I can honestly say that the majority of my days are good. I’m able to see the positive more than the negative and I feel overwhelmingly blessed.”

The new normal for this mom and her family is a tough one to navigate, “There are moments that knock me onto my heels without any warning. Seeing a picture that I’ve looked at almost every single day suddenly leaves me with an emptiness inside. Watching my kids play so nicely outside, my heart fills with so much gratitude that I feel like it could burst. And then a moment later, it aches just knowing that Ben is not outside with them. Seeing Jack run off the school bus and suddenly feeling angry that he’s running alone. There are no right answers. I’m learning to just be okay with wherever I happen to be: happy, sad, and everything in between. Grief is part of me now. I’m learning to live with it. And the weirdest part is knowing that grief and joy can peacefully coexist in this same person at the exact same moment.” 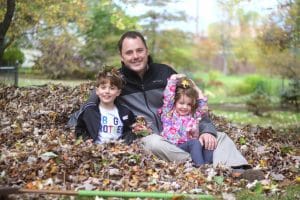 Grief is a brutal emotion for adults to deal with – imagine what it must be like for a child. For a little boy who lost his twin. Mindy says she is thankful that Jack is filled with optimism and faith. It’s something that gives him strength and her pride, “We’ll often have moments of transparency where I’ll share the hurt that I feel as a grieving mom. I’ll say, “I just wish that God healed Ben. Or that He didn’t allow him to get sick to begin with. I mean, He could have healed him. He’s God. He had the power. But He said no.” These are ideas that many adults struggle with, I might add. But my seven-year-old responds with such confidence. “But Mom, Ben is with Jesus. And we’re going to be with them someday. We won’t understand why God allowed this until we’re all together in heaven someday. And even then, we’ll all be together so it probably won’t even matter!” You cannot even imagine how often my heart wants to burst with gratitude after these conversations. All of the truths we’ve talked about, cried over, and shared with our son… they are now being reiterated back to us at the perfect times. It’s just astounding. God has such a unique calling on Jack’s life and I’m excited to see how He will use it in the future.” 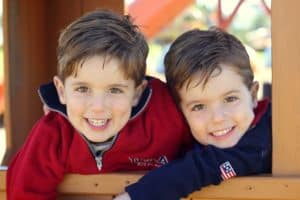 Jack is clearly a remarkable boy, but then, the apple doesn’t fall far. When asked how she’s managed life, parenthood and all that comes with it over the past three years, Mindy gives a great deal of credit to her husband, Andy. He’s been through a world of pain, and has come out of it a stronger man.  A man who can carry an entire family on his back, “Most people don’t know because he doesn’t like when I advertise it, that he lost his dad and brother one year from each other, starting when he was twenty-three. His youngest brother Tommy was in a car accident that his mom survived, receiving 1,200 staples in her head. She passed away three months before Ben was diagnosed. These are things that could have changed him and his brothers into hermits, bitter at the world, and sitting at the corner with their hands out. But they’re not. None of them. They’re all ambitious, optimistic, and really fun people to be around. I’ve learned much of what kind of person I wanted to be by watching my husband. He acknowledges that while losing a brother and both of his parents was really hard, losing his son was definitely the hardest. We struggled as we both grieved differently during and after Ben’s death, but ultimately, we grew stronger together. We had heard that couples that go through a tragedy of this nature had an 80% higher chance of divorce. And we were determined to be part of that 20%. So we learned to extend grace. Move away when the other needed some space. Talk to each other when we felt like talking, rather than investing our emotions into our friends.” 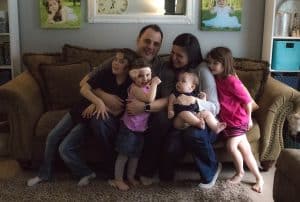 Mindy emailed me this picture – with a note, “… it’s not perfect, but that’s us.”

It was an effort that we hadn’t seen. The prayers. The blue. All that blue. Mindy tells me – she felt it, “You know, so much of what happened over those short three months still feels so surreal. I was aware of the outpouring of love for our son, for our family. But it didn’t seem like it was really happening to us. Facebook shows me the memories of events that happened on that same day, two and three years after the fact. And just now, I’m seeing some of the people that lobbied for support, that shared our story, that organized prayer sessions. And I feel like I should tell them thank you. I feel like I should write so many thank you notes, especially for the kind things that were expressed during that short time, but I would never be able to cover them all.”

It’s been nearly three years since Ben’s passing. For Mindy, it’s a time-frame that is impossible to grasp, “The memories still haunt me as if they happened yesterday. And then I look at my kids, see how they’re growing through pant sizes, and I must acknowledge the large vacuum of time that has passed. It just doesn’t seem possible that we’ve lived so much life without Ben. It sounds weird to say that we still feel his presence, but I guess we sorta do. Not physically, of course, but every now and then, we get a strange wave of comfort that God is near. And according to Jack’s logic, if Ben is with God and God is always with us, that means Ben is always with us, too. So it’s weird. A strange place to be, although there are times when it feels sorta normal. Our new normal, I suppose.”

We can’t thank Mindy enough for spending so much time with us.

Mindy Sauer on living with grief and teaching her children to live with grace.